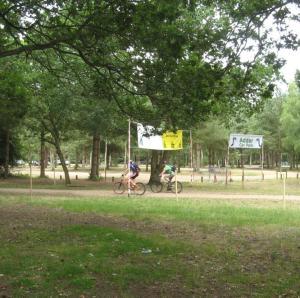 Thetford Forest Park is Britain’s largest low lying pine forest located within the wider low lying natural landscape of The Brecks. The Brecks stretches across 370 square miles in both Norfolk and Suffolk and is a stunning landscape featuring wooded forest areas alongside agricultural land and open heathland rare in Britain.

Outdoor activities available include cycling, walking and horse riding trails. Thetford Forest is great for cycling holidays. Hire bikes at the High Lodge Forest Centre or try your hand at paintballing or high wire activity at Go Ape. Around the Brecks heathland sit precious prehistoric sites like Grimes Graves Neolithic flint mine down which you can descend. The wider Brecks area also features castles and stately home estates.

High Lodge Forest Centre is centrally situated in the heart of the Forest Park on the main Thetford to Brandon B1107 Road which pushes over into Suffolk. This fantastic forest centre is where you can access 9 miles of spectacular woodland walking trails mostly on level surfaces and 30 miles of cycle routes to suit all abilities.

Four graded cycling trails branch out from the visitor centre. The trails include great green gentle family cycling routes, and blue and red cycle route challenges. A highly technical black route for experienced cyclists is also available and bikes for all can be hired onsite. You can also pick up a range of leaflet trail guides at the centre, and enjoy refreshments in the large cafe. A Giant Sculpture Trail and adventure play area also sit around the visitor centre and big name music concerts in Thetford Forest take place at High Lodge during peak summer season.

A tour of Grimes Graves prehistoric flint mine in Thetford Forest Park is truly a unique experience ranking with a visit to Stonehenge in Wiltshire which Grimes Graves matches in time period. Grimes Graves is one of only ten flint mines identified in England. Experienced miners feature in some of the video film guides at the English Heritage visitor centre on-site and they detail just how special Grimes Graves is for the mine is evidence of some of the earliest mining in Britain. 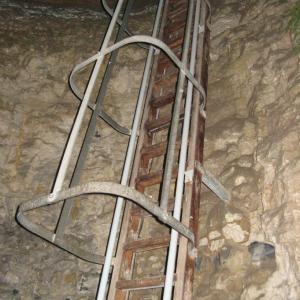 The potted landscape of Grimes Graves was thought by the Anglo-Saxons to be the work of the god Grim, from which the site derives its name, but Grimes Graves is a Neolithic/early Bronze Age flint mine dating from around 3000-2000BC.

Around 28 mines have been excavated here at Grimes Graves. The mounds and hollows you see on a visit span 7.6 hectares, below which there are 433 mineshafts, quarries, spoil dumps and pits. Particularly exciting on a tour is the visit underground to view Pit 1, the only flint mine in the UK currently open to the public. The floorstone in Pit 1 is 9m deep. Neolithic flint miners at Grimes Graves dug mines up to a depth of 13m and their favoured mining tool was a red deer antler, examples of which have been found on the site with imprints of Neolithic miners’ palms on the chalky clay covering present on the antlers.

The English Heritage visitor centre at Grimes Graves contains a comprehensive exhibit guide to the site explaining the mine’s geology, Neolithic mining techniques and what the flint mined here was used for. The site’s wildlife is also explored in the visitor centre from where you move on to the Pit 1 tour and surface tour taking in Pit 2, Canon Greenwell’s Pit, Grimshoe Mount, an Iron Age burial site and Pit 15. Military trenches dating from World War II dug by the local Home Guard can also be seen at the Grimes Graves site. Find Grimes Graves Prehistoric Flint Mine just 7 miles northwest of Thetford signposted off the A134.

The Cromwell tank Desert Rats Memorial in Thetford Forest is located at High Ash on the A1065 Brandon to Swaffham road about 2 miles outside Mundford village. The memorial is clearly visible from the road and is dedicated to the 7th Armoured Division of the Desert Rats who were based here briefly in 1944 in Thetford Forest towards the end of World War II. The Desert Rat Walk which branches out from the Cromwell tank memorial takes you past the old camp where they were based with history information boards featuring en-route. The trail is two miles in length and will take you around one hour. 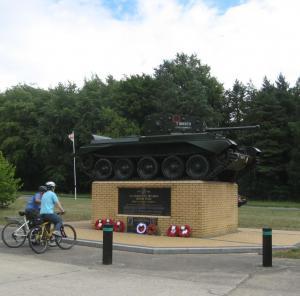 The 7th Armoured Division known as The Desert Rats were one of the most famous divisions in the British Army, fighting with distinction in numerous battles from North Africa to Berlin. History boards along the Desert Rats walk in Thetford Forest feature memories of original Desert Rats who arrived at the camp in Thetford Forest from the war in Italy one late dark and damp night in 1944. This short period in Thetford Forest was their only visit to England during the war and they had come here specifically to prepare for the D-Day landings and invasion of Normandy.