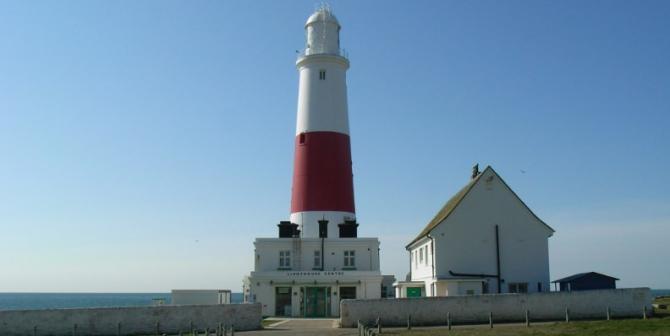 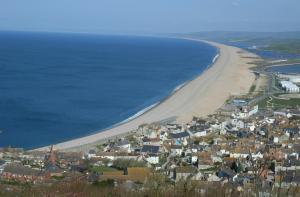 The Isle of Portland situated 5 miles south of Weymouth is the most southerly point in Dorset. It is an island of limestone on which flower rich grassland grows on the steep white cliffs. Portland is famous for its stone which has been quarried for centuries and used in the construction of some of Britain’s great national monuments including St Paul’s Cathedral. The Isle is joined to the Dorset mainland solely by Chesil Beach – the long shingle bank that shields the Dorset Coast between West Bay and Portland. Today the island is renowned for its wildlife, peace, quiet and lighthouses. Landmark attractions include the famous red and white Portland Bill lighthouse and the 16th century Portland Castle which overlooks Portland Harbour and was commissioned by Henry VIII in the early 1540s to defend against potential French or Spanish attack. It’s one of the country’s best preserved castles of the period with audio and guided tours available. 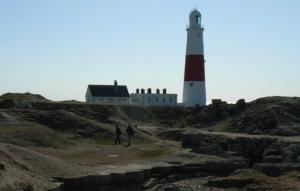 
The Portland Museum is where to head for an introduction to the area, and The Old Lower Lighthouse houses the Portland Bird Observatory. World Class Portland Harbour is the deepest man-made harbour in Britain and one of the country’s top spots for sailing and water-sports including water-skiing and kite-surfing. Portland is one of the Gateway Towns on the Jurassic Coast World Heritage Site. The island along with Chesil Beach are of particular interest to geologists. There is an excellent viewpoint above Portland town that looks out over Chesil Beach and West Dorset. Follow the tourist signs up to Verne Hill and the citadel. 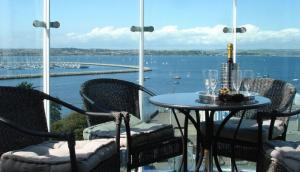 Portland harbour and port is vast – the harbour area covers a huge 8.6 square kilometres (2,125 acres). It is sheltered from the south westerly and south winds by the Isle of Portland and Chesil Beach. A further breakwater system also shelters it from adverse weather coming from an easterly direct. The 2012 Olympics put this world class leisure harbour firmly on the map. Sailing, diving, power boating and a range of other watersports including windsurfing are all popular and readily available. The Weymouth and Portland National Sailing Academy around the harbour offers a range of courses to suit all sailing standards and Portland Harbour hosts many high profile sailing competitions including the IFDS World Championships, Sail for Gold and The Round Britain and Ireland Challenge. The deep waters of this Dorset port can also handle mammoth cruise vessels which are increasingly stopping off here at Portland which affords easy access onto the World Heritage Jurassic Coast. 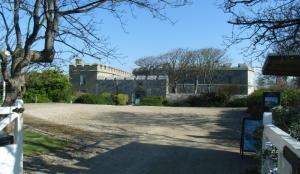 Overlooking the harbour is Portland Castle (English Heritage), one of Henry VIII’s greatest coastal fortresses built to ward off French or Spanish invasion. In the 20th century the castle played a defensive role during both World Wars. A free audio tour is included in your entrance fee detailing the castle’s history from the Tudor period through to World War II. Sea views from the gun platforms are spectacular and you can take a tour of the Tudor kitchen and armoury. A Captain’s Tearoom and a Contemporary Heritage Garden are also onsite.

Find out more about Chesil Bank and The Fleet at the Chesil Beach Visitor Centre at Ferrybridge between Weymouth and Portland. There are interpretive displays detailing the geology and wildlife of Chesil Beach and The Fleet Nature Reserve. Regular guided walks are also organised from the Centre which is open all year round. 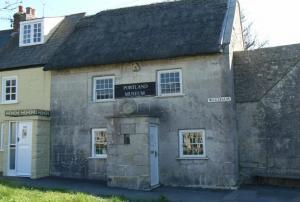 Portland has its own small museum in the hamlet of Wakeham founded in 1930 by the famous birth control pioneer Dr Marie Stopes who stayed at the Old Higher Lighthouse at Portland Bill during the summer months. The museum is housed in two thatched cottages above Church Ope Cove. Stopes’ friend, Thomas Hardy used one of the cottages as inspiration for the heroine Avice’s cottage in his novel "The Well Beloved". Galleries in the museum explore Portland’s past and maritime history with tales of smuggling and shipwrecks. The Portland People gallery has a display dedicated to the life and work of Dr Marie Stopes who opened the first family planning clinic in London in 1921. There is also a fascinating gallery on Portland Stone, quarried on the island since Roman times and various Jurassic fossils including dinosaur bones and giant ammonites are scattered around the museum. 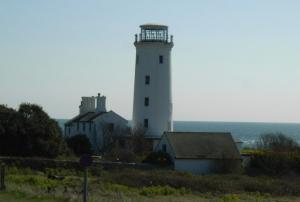 Portland Bill is a promontory of stone extending out into the English Channel. There are three lighthouses on the Bill. The red and white striped one is still in use, but is computer operated now. The Visitor Centre offers guided tours of the lighthouse and contains displays on its history. The Old Lower Lighthouse is where Portland Bird Observatory is based. The Old Higher Lighthouse was run as a lighthouse until 1906. Since then it has been in private ownership and was formerly the home of Dr Marie Stopes who pioneered birth control for women. It is now privately owned and holiday accommodation is available in the lighthouse cottages around the lighthouse.

The Old Lower Lighthouse is home to Portland Bird Observatory and Field Centre. Being in such a southerly location it is no surprise to find that Portland is an excellent place for birdwatching where you’ll often see migrating birds pausing for a rest on their way over the channel from Europe. The Bird Observatory and Field Centre conducts surveys into all aspects of Portland’s wildlife. The Observatory is run as a charity and visitors are welcomed for further information or as paying guests in the lighthouse. There is a bookshop within the Lighthouse selling an excellent choice of natural history books. 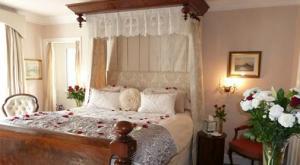 Historic B&Bs on the Isle of Portland with romantic rooms

The Isle of Portland is a top spot for holidays with dogs, containing numerous pet friendly holiday cottages and dog friendly walks. Luxurious accommodation is widely available, much of it a legacy of the 2012 Olympics sailing events hosted by Portland Harbour. Stunning penthouse apartments and ultra modern, eco-friendly town houses overlook Portland Harbour ideally close to watersports opportunities. You’ll find luxury spa hotels on the island with cliff top restaurants, ideal for year round pamper breaks and for exploring the Isle, Chesil Beach and the Jurassic Coast. Beautiful self-catering cottage retreats sit close to Portland Bill – the island is a real romantic retreat offering many cosy cottages for two in spectacular locations. Bed and breakfast accommodation on the Isle of Portland often has great historic character and is also perfect for walking weekends and romantic getaways.