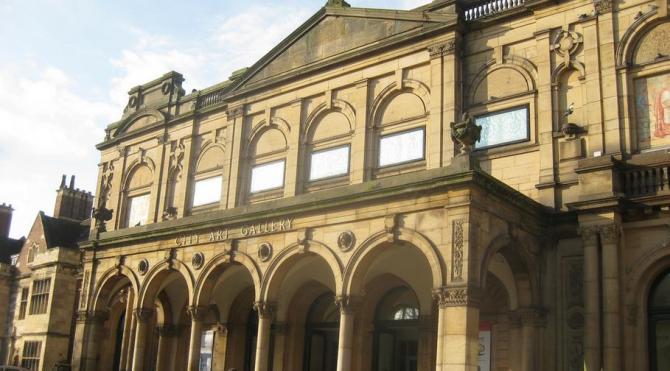 The arts and culture scene in York is nothing short of dynamic. Historic theatres, acclaimed art galleries and new cutting edge contemporary art venues bring the city to life, making it a top cultural city break in the UK. A stunning riverside cinema and a packed year round festival programme come together to make York one of the UK’s best for art, theatre and drama, festivals and independent cinema.

The free entry York Art Gallery on Exhibition Square is a world class gallery. Art collections here range from 14th century Italian panels to the Dutch Masters of the 17th century. On the contemporary side Hockney, Lowry and others are well represented. The gallery houses many special collections, including the William Etty (1787-1849) collection. Etty, a York born younger contemporary of Turner and Constable specialised in nudes. His portrait of Eliza Felix, a French actress, is a particular favourite in the gallery.

The vast collections of Decorative Arts, Studio Pottery and Paintings covering the full spectrum of Western European art make for constantly changing exciting exhibitions here at York Art Gallery. The gallery attracts big names such as Tracy Emin and outstanding temporary exhibitions from sources such as the National Portrait Gallery. Thanks to Yorkshire Librarian and ceramic collector Bill Ismay, the Gallery holds one of the biggest collection of 20th century ceramics! (currently closed for redevelopment – reopens 2015).

York’s historic Theatre Royal has seen some changes through the years including new Gothic frontage during the Victorian 1880s. The theatre’s heritage however stretches way back to 1744, and today if you’re a lover of best contemporary cutting edge drama, York’s Theatre Royal is where to head! A stylish cafe bar is on-site.

Formerly the York Corn Exchange warehouse, the Grand Opera House auditorium opened in 1902, and like the Theatre Royal, the Opera House has a long history, becoming a centre for music hall and variety with the likes of Lillie Langtry and Cecily Courtneidge performing here. The period style is retained in the Opera House’s spectacular interior and indeed the venue retains its links with music oriented performance. Epic modern day musicals are often performed here as well as concerts, comedy, musical extravaganzas and some opera.

York ranks easily with the best of the UK festival cities with a programme featuring internationally acclaimed festivals such as the York Literature Festival, Folk Festival, a Festival of Food and Drink, a National Bookfair, Jorvik Viking Festival and York Ghost Festival to name just a few.

In an attractive location alongside the River Ouse, the independent Picturehouse Cinema in the city centre is a mecca for film lovers, offering a packed programme of world, independent and mainstream cinema in its three auditoriums. Formerly the old Yorkshire Herald press works, old and new architecture blend to great effect here at the Picturehouse which has a popular Riverside Cafe Bar in-house.