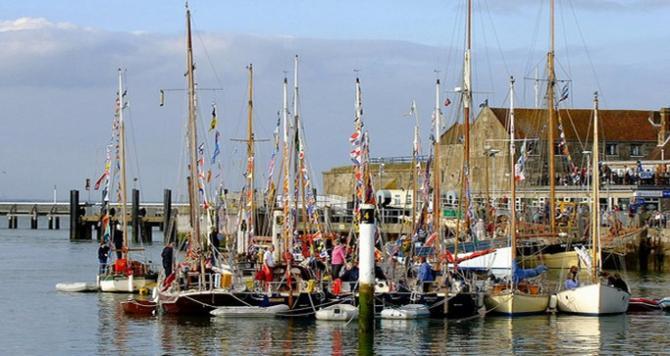 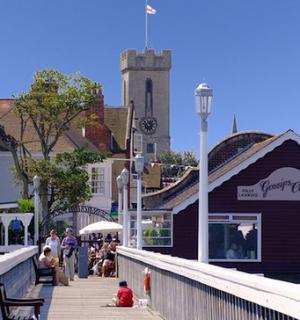 Yarmouth town view from the pier

Yarmouth is a charming harbour town on the north west coast of the Isle of Wight. It’s one of the island’s ferry ports with regular services sailing across the Solent from Lymington. The town sits close to the white cliffs of Freshwater Bay and the landmark Needles Rocks. Yarmouth is an excellent base for yachting, walking and bird watching around the River Yar and estuary. Heritage attractions include Yarmouth Castle dating from the 16th century and the 19th century Grade II listed pier. Yarmouth Pier was built in 1876 and it is the longest purely timber pier in England at 690 feet long. It was beautifully restored and reopened to the public in the 1990s. The town centre has numerous art galleries, cafes and shops including a Chandlery for nautical supplies. Along the banks of the River you’ll find a diverse range of wildlife including kingfishers and dark bellied brent geese. Places to stay in the area are real retreats, and include a wide choice of self-catering cottages and holiday homes with views of scenic National Trust owned wetlands.

Yarmouth Castle was built in 1547 after King Henry VIII’s death, however it is still considered the last of his string of coastal defences around the English coast. Yarmouth was particularly susceptible to French attack, a key reason for the construction of a Tudor Fort here. It was the most sophisticated fort of its time featuring the first new-style ‘arrowhead’ artillery bastion built in England. Much of the stone used to build it was taken from two Hampshire monasteries that had been recently dissolved by the King. The castle sits next to the car ferry terminal on Quay Street and you can climb the battlements for wonderful views of the Solent. Displays inside reveal the history of this 16th century castle and the many wrecks that came to ground on this narrow stretch of the Solent between Yarmouth and Lymington. The history of the town stretches much further back than the late Tudor period. The Saxon King Ethelred established a settlement here, and the grid system of streets still visible today was laid out by the Normans.

Wightlink run a regular car ferry service to Yarmouth from Lymington on the southern edge of the New Forest on the mainland. This is the quickest and shortest car ferry service operating from the Hampshire mainland to the Isle of Wight with a journey time of just 40 minutes. It’s also the most scenic route across the Solent from the pretty New Forest market town of Lymington to the historic port town of Yarmouth.