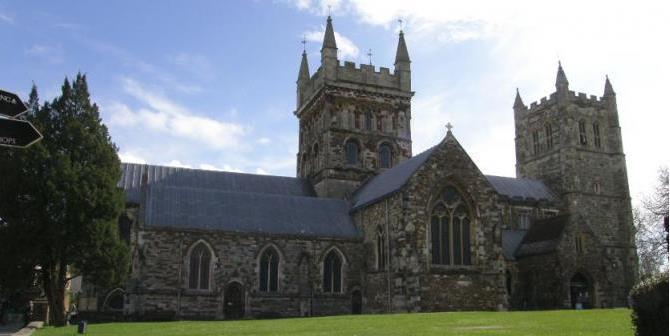 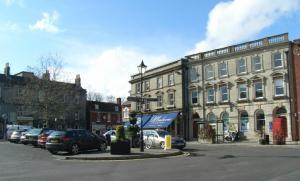 Wimborne Minster (or simply Wimborne as it’s also known) is a beautifully preserved historic market town in East Dorset. It lies in the river valley between the River Stour and the River Allen. If you like historic buildings then Wimborne is the place for you. The town is considered to have one of the best collections of fifteenth, sixteenth and seventeenth century buildings in Dorset. A real step back in time, the streets of Wimborne are lined with historic shops, old inns and cafes. Almost all of the original architecture of the Corn Market and High Street survives. You can follow the town’s Historic Trail which combines three trails into one and takes around two hours. Along the way you’ll find green plaques at places of historic interest. Pick up a leaflet and map from the Tourist Information Centre for a nominal fee. Attractions include the Priest’s House Museum and Wimborne Model Town on the outskirts. 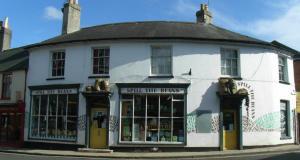 Wimborne is an excellent shopping centre with an array of independent shops. Don’t miss the fantastically decorated organic and whole food health food shop Spill the Beans on West Street. The 1930s Tivoli Theatre on West Borough was saved from demolition in 1979 and has since been restored by volunteers. It now regularly hosts a programme of films, plays, musicals and live music in its 500 seat theatre. Wimborne’s Tourist Information Centre is handily placed in the centre of the attractions opposite the Minster and adjacent to the Priest’s House Museum. It’s well stocked with leaflets and books on the town and the surrounding countryside. 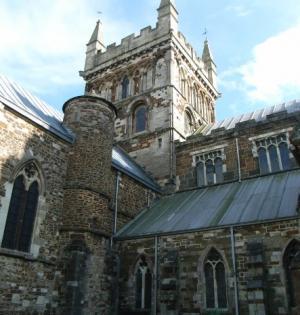 Towering impressively over the town centre is Wimborne Minster that gives the town its name. The site dates from 705 AD when St Cuthberga, sister to Ina, the King of the West Saxons, founded a nunnery on the site of the Minster. Many of the nuns followed St Boniface as missionaries to Germany. The nunnery was destroyed by the Vikings in 1013, and much of the Minster you see today dates from 1120, although there have been additions throughout the centuries. In 1612 the Quarter Jack clock was added which you can see on the north side of the West Tower. It still strikes the bells every quarter of an hour. The figure was originally a monk but was painted as a grenadier during the Napoleonic Wars. The central tower is the oldest part of the Minster and was once topped with a spire. This apparently fell during a service in 1600! Down a spiral staircase in the Old Treasury is the Chained Library – one of the first public libraries ever to exist. This was founded in 1686 and is the second largest chained library in the country. You can see a lambskin manuscript in a case dating from 1343 as well as a book bound for the court of King Henry VIII. 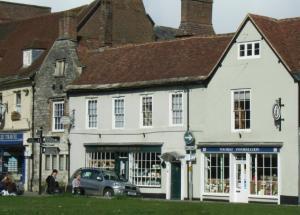 Across the square from the Minster is the Priest’s House Museum and Garden. The house has been restored with period rooms including a 17th century hall and a working Victorian Kitchen. The museum also holds collections on archaeology, local and social history. The Priest’s House in which the museum is housed is a sixteenth century Grade II listed town house next door to the Tourist Information Centre. There is also a garden open to visitors which leads down to the River Allen and includes a display of large agricultural and horticultural tools. For refreshments the Boat-house Tea Room is within the garden. The Museum also hosts changing exhibitions.

The Wimborne Folk Festival takes place annually in June. A variety of acts perform traditional English and Celtic music and dance in and around Wimborne Minster. There are also workshops and kids entertainment throughout the town during the festival. This is the largest folk festival in the South of England, running annually since 1980. It now lasts over a weekend and attracts musicians, morris dancers and folk acts from all over the country. A festival campsite is set up in school grounds just eight minutes’ walk from the town centre. Accommodation is likely to become scarce during the Festival so book early to avoid disappointment.

On the edge of the town centre is Wimborne Model Town. A group of local men dreamt up the idea of creating a model of Wimborne in the 1940s. It first opened in 1951 and depicted a 1/10th scale model of Wimborne at that time including the shop fronts with their characteristic boardings. It fast became a popular family attraction and despite having become neglected, moved and restored it continues to entertain today with its accurate, true to life representation. The model village is surrounded by gardens which make a nice spot to sit and admire the view or have a spot of lunch. There is a gift shop selling a whole host of souvenirs, gifts and postcards as well as a tearoom for refreshments. A play area for the kids, a putting green and worksheets to keep everyone occupied around the model village are also here. Special events are organised throughout the year including themed days and Candlelight Evenings when the model town is lit up by candlelight.