Weston Things to Do

Things to Do in Weston-super-Mare

Weston-Super-Mare is on the coast just eighteen miles south of Bristol. It is another of the Victorian seaside resorts and until the Victorian boom for seaside holidays, Weston-super-Mare was a pretty small village! It originally attracted tourists from the mining communities of South Wales, Bristol and the Midlands particularly during work’s holiday weeks. 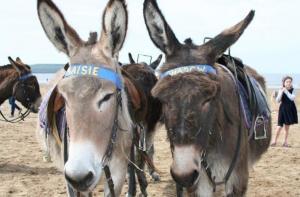 Isambard Kingdom Brunel lived here while he was overseeing the construction of the Bristol and Exeter Railway which increased visitors to Weston. Paddle steamers were the other means by which people visited the resort. The paddle steamers would arrive at the now-sadly ruined Birnbeck Pier. The Waverley Paddle Steamer and Balmoral still run trips during the Summer.

When you come to the town you’ll find yourself drawn down to Marine Parade pretty quickly – this is the main drag along the beach. Either side of Marine Parade is where you’ll find the majority of the attractions and bigger hotels and B&Bs. The Grand Pier dominates the Parade and all the walkways are wide and level giving excellent access to all users. It’s just a short walk into the town centre from the seafront for the shopping centre that has a good range of shops. 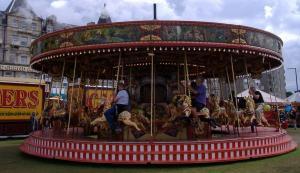 Apart from the fairground and other amusements on the pier other family attractions include the Sealife Seaquarium. It’s a recent addition to the seafront opening in 1995 on its own purpose built mini-pier – the first seaside pier to be built in Britain for 85 years. The Seaquarium includes an underwater tunnel that gives you a closer look at sea creatures from the surrounding seas as well as more exotic animals from far flung places. You can watch sharks and rays swim above you or check out other creatures in over 30 displays. There is also a cafe overlooking the beach and sea and gift shop.

Weston-Super-Mare is on the circuit for the Somerset Carnivals and is often the finale to all the Somerset Carnivals. These are usually held between September and November. And don’t forget all the festivals held in Weston – particularly the much-loved Sand Scuplture Festival – kids and adults both will be enthralled!

Weston-super-Mare Golf Club has an 18 hole links course with views out over the Bristol Channel. It dates from 1892 and was designed by Dr Alistair Mackenzie. It is a long, par 70, challenging course with its signature hole, the 15th, having been modelled on the 17th at St Andrews Old Course. The prevailing winds greatly influence play. It is handy to get to not being far from the M5. Visitors and Societies are warmly welcomed.