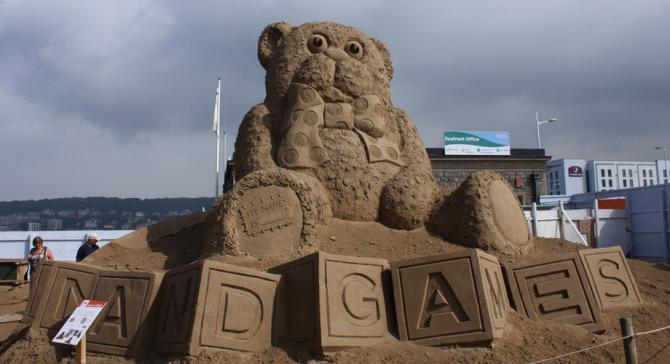 Weston-super-Mare is positively brimming over with festivals especially during the Summer months. From the Air Festival to the Sand Sculpture Festival, the wonderfully named Food Festival (Weston-super-Food), Inkfest (a tattoo and alternative music festival) and even the Weston-Super-Mare Fake Festival, there’s something for everyone! New-ish music events include the three-day South West Live Festival held at the end of June – big bands and performers doing their thing on the beach. 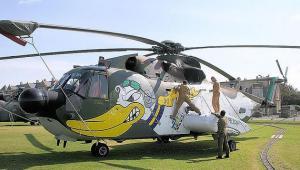 Showcasing an Avro Vulcan Bomber, and RV8Rs aeronautics team (amongst many others), and with the Armed Forces Day for Weston taking place simultaneously, this is a must-do for anyone interested in air displays or military paraphernalia.

No, this isn’t a pretend festival as I first thought, but ‘The UK’s only touring tribute festival’. This one-day festival generally held at Clarence Park in May, will showcase the best tribute bands – recent performers have included Coldplay’s tribute band, Coldplace, U2’s called New2, and Arctic Monkey’s tribute band, brilliantly called the Antarctic Monkeys. This festival isn’t only a tongue-in-cheek tribute to the original artists, but also a chance to see some really good performers in their own right!

Weston’s Sand Sculpture Festival attracts around twenty of the world’s best sand artists who create masterpieces using 4,000 tonnes of sand. Each year has its own theme – Jungle, Continents, Under the Sea and many more. All family members will be full of admiration for the effort that goes into these sculptures and the sheer artistic skill required.

Cider Festival is a two-day event held on the Grand Pier in June with loads of Somerset cider to try, great food (including a hog roast), music and more. The music is generally fun and laid-back with lots of local bands, traditional music, and kitschy tunes – even including a Sunday afternoon sing-along. This free event is great fun but for adults only.

A festival of super food indeed! The fortnight prior to each festival consists of events as a taster of what’s to come on the main weekend. Food trails, tastings, talks, beer and cider, seafood, kid’s activities, food awards and two good markets (indoor in the Winter Gardens and outdoors in the Town Square) all serve to turn this seaside town into even more of a tasty place to be. This popular festival is a joy to attend!

Held each Autumn in many local venues including the Weston Gallery, the Playhouse Theatre, the Blakehay Theatre and All Saints, there’s a wide variety of events on offer. Everything from psychic and puppet shows to dance, theatre, music and poetry!