The West Highlands comprise the North West coastline and inland areas up to Durness on the North coast. It includes many much-loved holiday destinations such as Wester Ross, Loch Maree, Ullapool, and Kintyre, but also Oban – the major ferry port for the Scottish islands.

The convoluted coastline and low-density population lend remoteness to the area, making it a perfect location for solitude and reflection.

From the Summer Isles, through Sutherland and North towards Durness, much of this area has recently been defined as a Geopark because of its scientific, geological, archaeological, cultural and ecological significance. Some of the oldest rocks in the UK can be found here, and the geology is complex and fascinating.

So this area is equally of interest to walkers, archaeologists, lovers of wildlife and great scenery, cyclists, and scientists… and those captivated by great train journeys!

This trainline (from Glasgow to Fort William and Mallaig) has been voted, by readers of Wanderlust magazine, as the world’s best train journey. The route is scenic and elegant with gorgeous views of beaches, ferries, lochs and towns/villages, so comes highly recommended. 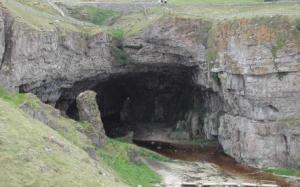 The West coast history and prehistory – taking a coastal tour

And talking of coastal tours, why not stay in this area to soak up some of its fascinating history?

For example, you could visit the prehistoric Rhue Village (around 2-3 miles North from Ullapool) which displays (unusually for Scotland) a 40ft wide stone circle of house remains – other mounds and stones can be seen too, all covered by the heather.

Then take a day to discover Kintyre’s many ruined chapels, or to view the Kilmichael Glassary Inscribed Stone near Lochgilphead – this is prehistoric rock art with cup and ring marks, spirals, stars and grooves. Then further up the coastline (as the crow flies) you’ll find many more cairns and the Temple Wood Stone Circles, as well as ruined castles, churches and priories and even an iron furnace…

You may also stop to visit Prince Charlie’s Cairn (just inland from Mallaig), or the ruined Strome Castle on the banks of Loch Carron. Ardvreck Castle is at the top North West of the country, and moving along the North coast at Durness you will delight to discover Smoo cave – a large limestone cliff cave used by humans since prehistoric times.

Ullapool is a good sized fishing village on the edge of Loch Broom. Lovely for shopping, dining and wandering round the harbour and loch front, the small museum is also of interest. Ideal for cyclists, golfers, fans of water sports and boating, Ullapool and its surrounding area are perfect for a break. A regular ferry runs from Ullapool to Stornoway (on Lewis), and being close to the Black Isle, Ullapool is a great base from which to discover the islands – as well as Ross-shire, Sutherland and Cromarty.

This part of the Scottish mainland is quite sparsely populated and does feel remote. Yet the myriad of major A roads connecting travellers with coastlines and inland areas really do allow good accessibility. To get to the most Southerly part of the West Highlands, the nearest motorway on the West of the county is the M8 leading west out of Glasgow (towards Erskine Bridge), or for a starting point on the Eastern side of the country, take the M9 past Stirling to Dunblane and A84 Westwards past Callander.

We offer a great many properties for holiday makers in this area, mainly in the Oban and Fort William areas, the former being particularly useful if you’re planning to visit the Scottish islands. But don’t be frightened to look a little further afield – a network of A roads prevents the traveller from being too far away from facilities.

We offer mainly traditional style self-catering holiday cottages, for couples, families and groups – and many are even pet friendly. Whether you want to stay near a loch or on the sea front, or amongst the mountains for walking or climbing, we have something for all budgets and requirements, so do take a look at our lists below.