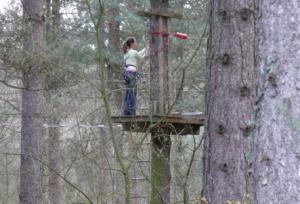 Verwood is in the heart of the Dorset Heathlands in East Dorset. The town is ideally situated for exploring East Dorset and the New Forest just over the border in Hampshire. Bournemouth is a mere 15 miles to the south. Verwood’s traditional industries were brick and pottery making, both of which made use of local clays. Verwood pottery is now much sought after. It was traditionally made by families using techniques that were handed down from one generation to another and are believed to date back to at least Roman times. Most of the pottery was utilitarian earthenware although some fancy goods were made later on.

Verwood is a great base for wildlife-lovers. The heathlands around this area are vast, with smaller local heathlands directly around Verwood. Numerous walks are in the surrounding countryside and outdoor activities for all the family feature in Ringwood Forest which has a Go Ape tree top adventure course, cycling and walking trails and a play area. A Country Market is held in Verwood on Fridays in the Memorial Hall from 10am until 12 noon. Market stalls sell an array of fine local produce from vegetables and cakes to art and crafts.

The town’s arts centre – The Hub is home to the large Merrifield Theatre, a hall and a number of other smaller rooms available to hire. The theatre is named after Buster Merrifield, alias "Uncle Albert" in "Only Fools and Horses" who lived in Verwood and died in 1999 in Poole. The Hub hosts a year round programme of films, plays, and concerts. A bistro restaurant and art exhibitions also feature inside.

Verwood is home to the Heathland Heritage Centre which was the result of a project aimed at preserving and restoring a country pottery workshop as well as providing information on the Dorset Heathlands that surround the town, and exploring the cultural heritage of Verwood. There is a changing range of exhibitions and you can visit the traditional pottery, the old cob, which was Crossroads Pottery, the last remaining example of a primitive pottery that was used right up until 1952. The Centre also has a welcoming coffee shop serving homemade cakes and a gift shop with a range of Dorset souvenirs.

Verwood being in the heart of the once extensive Dorset Heaths has several remnants of this habitat at Dewlands Common and Stephens Castle Local Nature Reserves. Stephens Castle is the largest site just on the outskirts of Verwood. It covers 20 hectares and is excellent for walkers and wildlife enthusiasts with fantastic views across south east Dorset. Footpaths link through to North Ringwood Forest. Like many of the Dorset heaths several rare plants and animals occur here including sand lizards, smooth snakes, nightjar and Dartford warbler. Ponds found within the heathland are also good for dragonflies and damselflies. 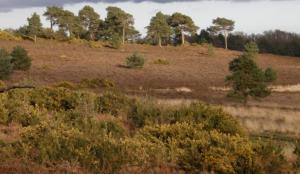 Holt Heath National Nature Reserve is to the south west of Verwood and is one of the largest and few remaining tracts of Dorset heathland that once covered the area. Also included within the nature reserve are two semi natural ancient woodlands, Holt Wood and Holt Forest which lie north and west of the heathland. The heaths are home to native species which have become rarer since the loss and fragmentation of the heathlands in Dorset due to changes in land use such as forestry and spreading urban development. The heaths are made up of common heather, bell heather and cross leaved heath. In the wet heath you can find bog asphodel, sundews and marsh gentian. Holt Heath has some fantastic birdlife found in only a few other areas of the country including Dartford warbler and nightjar. It is also the only site in Dorset for populations of breeding curlew. All six British species of reptiles are also found here.

A good time to visit the reserve is in July and August when the majority of the wild flowers are in full bloom and the purples of the heathers are at their height. There is a car park on the western boundary, accessible from the A31, B3078 and B3072. The reserve has several tracks and paths across the site giving walkers easy access and preventing further fragmentation of the heathland from trampling. There are interpretation boards and leaflets available telling you more about the reserve and its wildlife.

To the east of Verwood is the large Ringwood Forest. This is a conifer plantation that was planted over native Dorset heathland. Glades within the woodland still contain some original heathland habitat. Ringwood Forest is popular for walking, cycling and horse riding. You’ll find a host of waymarked trails throughout the woodland. Horse riders will need to obtain a Forestry Commission Riding Permit before exploring the many riding trails in Ringwood and Wareham Forests. The Moors Valley Country Park is also within Ringwood Forest. This is the easiest access point to the forest and includes a large car park just off Horton Road. Bus services from Bournemouth stop off at the park. It makes a good family day out offering 20 miles of waymarked walking and cycling routes, an Adventure Play Trail which includes a giant ant’s nest and spider’s web, a narrow gauge steam railway, Go Ape treetops course, a golf course, a shop and cafe. Bike hire is available at the shop.