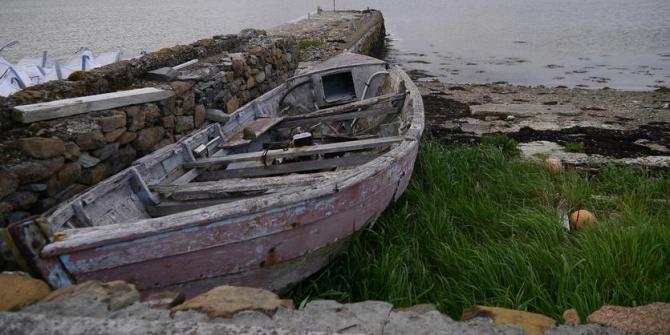 Unst’s facilities include tourist information, heritage centre, a post office in Baltasound (the most Northerly in the UK), ferry port, and leisure centre. Hermaness (nature reserve and the most Northerly point in Britain), attracts seabird enthusiasts, especially during nesting season. The other National Nature Reserve is the wonderful Keen of Hamer, with its rare and unusual serpentine rock. The South West coast is where you’ll find some of the prettiest scenery on Unst dotted with Viking houses and brochs, and by the road to the sixteenth century Muness Castle (open to the public) are two prehistoric standing stones.

As you may have already guessed, Unst makes much of being the most Northerly inhabited island in Britain and it is one of its attractions for visitors. But there’s much more to the island stemming from its history and culture. The Unst Heritage Centre in Haroldwick traces the story of the often difficult island life over the centuries. Exhibits have been donated by the islanders themselves and together show how crofting, quarrying, fish farming, craftwork (fine lace knitwear and spinning), wildlife tourism and Unst’s important role in the nation’s defences have all shaped the culture and life on the island. 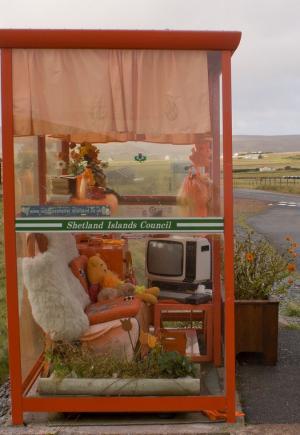 Just across the way is Unst Boat Haven, a collection of traditional Shetland fish craft that takes you through the maritime history of Shetland. All the boats are traditionally made stemming from Viking methods powered by oar or sail including "whillies", "yoals" and "sixareens".

Next door to the boat haven is the Haroldswick shop that has a cafe with its table-top maps of Unst and is a good place to watch seals, particularly at low tide. Heading further North takes you to Norwick beach and dunes and to Britain’s most northerly house in Skaw that has an outhouse made out of an upturned boat. The Northern coastline looks out to Muckle Flugga where another of the Stevensons’ lighthouses takes its proud place as being Britain’s most Northerly lighthouse! It is possible that Unst was used in Robert Louis Stevenson’s as inspiration for Treasure Island as the map closely resembles Unst. His father built the lighthouse and he visited the island himself in 1869 and apparently signed the visitor book in the lighthouse.

And you really must look out for Bobby’s bus shelter on the road North from Baltasound – furnished with sofa, telly, curtains, pictures and you can even have a snack while taking the weight off. It is probably the island’s most popular tourist attraction and visitors from all over the world have visited it. Regularly redecorated and refurnished, this is quirky and heartwarming.

Another must-see is the Valhalla Brewery – Britain’s Most Northerly Brewery – in Central Unst – family run since 1997. You can take a tour around the brewery which includes a sample of ale at the end.