The UK is four countries – England, Scotland, Wales and Northern Ireland each with their own unique histories, cultures, urban centres and landscapes. To explore the entire country would demand several months, for these distinct regions offer up one of the most vibrantly diverse travel experiences in Europe. 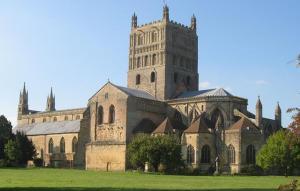 Britain’s ancient heritage has long been a tourist attraction, with the stories of settlement, great battles and conflict, royalty and religion, commerce and the industrial revolution revealed in the many pre-historic monuments and stone circles, castles, abbey ruins, great cathedrals, palaces, battle sites, canals, historic railways, maritime waterfronts and mighty mills. The list of UK UNESCO World Heritage Sites includes the greatest of these.

England’s capital London, Northern Ireland’s capital Belfast, Welsh capital Cardiff and Scotland’s World Heritage capital Edinburgh are the great shop windows of the four countries, home to National Galleries and Museums holding the UK’s greatest treasures. Beyond this are dynamic regional urban centres like Bristol, Manchester, Leeds, Liverpool, Newcastle and Glasgow all with their own distinctive arts and culture.

Islands make for spectacular coastlines and wherever you are in the UK you’ll never be far away from a waterfront playground, designated coastal trail or Heritage Coast. Dotted around the coastline are hundreds of off shore islands particularly along Scotland’s west and north coasts. Many are protected and rich in wildlife, all easily accessed by ferry or boat cruise. Equally spectacular is the UK’s countryside with its magnificent National Parks rich in woodlands, wetlands, moorland and mountains. Britain is a real walker and outdoor paradise, criss-crossed by an extensive network of National Trails, long-distance walking paths and cycle routes. 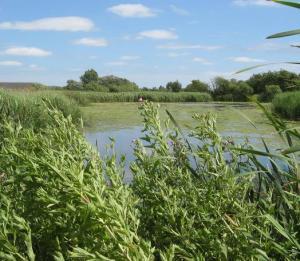 The largest of the four UK countries with capital London ranking as the largest city in Europe. The country has nine distinctive regions offering up a mix of spectacular coast, countryside and iconic urban cities such as Liverpool, Birmingham, Newcastle, Leeds and Manchester, and ancient cathedral cities like Canterbury and Norwich.

England’s coast and countryside is both gentle and wild, ranging from the classic English rural scenes of the Cotswolds and South Downs to the mighty peaks of the Lake District and the rugged moorland of the Pennines. The UK’s lowest point is in the eastern Fens 13 foot below sea level! Poets and writers attract a global audience from the Brontes to Dickens and Jane Austen, all well represented with tours, trails and museums.

Voted a Rough Guide readers best country to visit, Wales offers drama, natural beauty and some of the UK’s most spectacular castles, beaches and ancient monuments across its four regions. The country’s most famous poet is Dylan Thomas, best explored in the Dylan Thomas Centre in the poet’s birthplace home Swansea and at The Boathouse, his favourite writing spot in Laugharne, Carmarthenshire.

The coast and magical peninsulas like The Gower together with inland National Parks including Snowdonia and the Brecon Beacons offer outdoor adventure at its best. Capital Cardiff is famed for its great nightlife, sports venues and central Bute Park flanked by the National Museum Cardiff displaying some of the best art and natural history treasures.

The last great wilderness in Britain and home to the UK’s highest point – Ben Nevis at 4,406 ft (1,344m), Scotland also features some of the UK’s most exciting urban centres. Whether you’re looking for that Highlands or Islands cottage retreat or a luxury hotel in the heart of arts rich Glasgow (Scotland’s largest city) or capital Edinburgh, Scotland is unmatched with its diverse range of places to stay, its great poets and writers, its famous whisky and world class golf courses, and its majestic mountains, lochs and nearly 800 off shore islands.

The City of Belfast and the six counties of Northern Ireland in the far west of Europe all offer their own unique holiday experiences. Breathtaking landscapes are everywhere from famous World Heritage Site the Giant’s Causeway on the North Antrim Coast to the magical Fermanagh Lakelands and the Mourne Mountains of County Down. Northern Ireland is for outdoor lovers with angling, boating and water sports across the coast, loughs and rivers. Fantastic opportunities for walking, cycling, golf and horse riding can be found around the many forest parks and Areas of Outstanding Natural Beauty.

Ancient sites are numerous here in Northern Ireland – the Romans never got this far to disturb them. Highlights include the great Megaliths and stone circles in County Tyrone and the magnificent Carrickfergus and Enniskillen castles. Live music venues don’t come better than some of Northern Ireland’s lively pubs, especially in Belfast.