Explore the ancient wetland landscape of The Avalon Marshes

The Somerset Wildlife Trust celebrated its 50th anniversary last year in 2014. The Trust manages 72 nature reserves across Somerset covering a total of 1,720 hectares. The reserves are home to a variety of species and threatened habitats in mixed landscapes from woodlands and meadows to wetlands, ancient upland oak woodland and fenland. Public access is positively encouraged, and dogs are welcome on most of the reserves which are spread across the county from the Mendips and Cheddar to the Blackdown Hills AONB and the wildlife rich wetlands of the Somerset Levels.

Reserves aren’t just rich in wildlife, flora and fauna. Several Scheduled Monuments are dotted across the Trust’s nature reserves including some of the country’s treasured Iron Age hill forts, bowl barrow tumuli, Medieval field systems and from more recent history, you’ll even find a World War II bunker in the Mendips! Discover Somerset’s rich wildlife reserves and head off on wild walks through woodland, and wetland. Families will find plenty to please including Wildlife Watch Clubs and overnight camps spotting bats and reptiles. Family events run across reserves all year round (see the Trust’s Events Page), and reserves have wildlife spotter guides plus activity sheets to download.

Here’s 5 of the best nature reserves in Somerset to explore, and the landscapes, wildlife and plantlife you’ll discover in each reserve:- 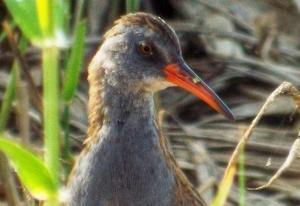 Situated close to the popular towns of Glastonbury and Wells, The Avalon Marshes contain several nature serves across its 1,500 (3,700) hectares of wildlife rich wet woodland, fens, heaths and moors. Explore Shapwick Heath and Ham Wall National Nature Reserves in the heart of the Levels. Old railway track trails and circular routes criss-cross these. Shapwick Heath is the location of the famous Sweet Track, Britain’s oldest man-made routeway and Ham Wall is a recently created wetland area, home to a variety of birds including Bitterns all year round. Other reserves in the Marshes area include Shapwick Moor and Catcott Complex. Discover a marsh landscape resembling that settled by Neolithic farmers at Westhay Moor. The spectacular wetlands here are rich in wildlife, with star species including osprey, otter and banded demoiselle.

Top 5 birds to see at The Avalon Marshes reserves:-

Bitterns, Marsh harriers, Starlings, Great white egrets and Migrating hobbies. These 5 are the most visible out of over 200 species of birds regularly spotted annually in the Avalon Marshes. Don’t miss the Starling Spectacular every autumn. They mainly roost on the Shapwick Heath reserve and the RSPB’s Ham Wall reserve.


Accommodation in The Avalon Marshes 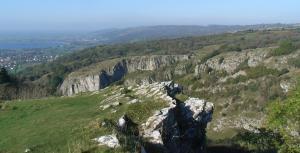 The landscapes of Cheddar

Most famous for its network of caves and the spectacular Gorge, the Cheddar complex is home to three nature reserves – Black Rock, Long Wood and Velvet Bottom. Each offers a mixed landscape. Black Rock is all limestone grassland, woodland and conifer. Long Wood is Somerset Wildlife Trust’s oldest nature reserve and home to ancient woodland whilst Velvet Bottom sits on the dry river valley floor and is mostly grassland, scrub and woodland. Branch out from the famous caves and gorge, and discover Cheddar’s magical mix of wildlife and plants. Look out for Peregrine Falcons in Black Rock and seek out the Common Spotted Orchid in Velvet Bottom during the high summer months of June and August. Long Wood’s woodland is home to red deer, and carpeted in Bluebells from April to June. Circular and linear routes weave around all three of the Cheddar reserves making it easy to explore!


Accommodation in the Cheddar area

If you are wondering where you might find some of Somerset’s most striking displays of wild flowers and orchids, you’ll find them at hidden gem Edford Meadow Nature Reserve in the Coleford area, just 1km south east of Holcombe. The reserve contains over 90 different colourful flowering plants and is famed for its variety of orchids, at their peak best in June, including green winged and common spotted orchid. Carefully managed hay meadows here result in magnificent displays of ox-eye daisy, common milkwort, cowslip and yarrow to name a few. Numerous species of birds are attracted by the wild flowers such as Skylarks and Swallows and a highlight is the many butterflies also attracted to the colourful flowers. Expect to see butterfly varieties including common blue, small and large skippers and marbled white.

Have you discovered Somerset’s great tranquil wilderness. The Quantock Hills are an Area of Outstanding Natural Beauty with a magical mixed landscape of bog, heathland and ancient upland oak woodland home to red deer and many species of woodland birds. The Somerset Wildlife Trust manages three reserves in the Quantocks including Holford Kelting, Fyne Court and ancient oak woodland with open access – Aisholt Wood. A great place to start exploring is the Somerset Wildlife Trust’s visitor centre at Fyne Court with lots of local information on surrounding landscapes and wildlife to look out for. The landscapes of the Quantock Hills are famous for inspiring some of our greatest poets including Samuel Taylor Coleridge who lived in the Quantocks village of Nether Stowey.