Cornwall has one of the highest number of beaches with excellent water quality standards awarded by the Good Beach Guide. The far south west is where you’ll find some of the UK’s top beaches, many of which consistently feature in Top 10 UK or even Top 10 World beaches – like Porthcurno and the National Trust’s Kynance Cove around the Lizard Peninsula Coast. The region is a mecca for surfing holidays and summer family beach breaks with top spots including Newquay’s surf hub Fistral beach and spectacular family friendly beaches like Sennen Cove in the far west. 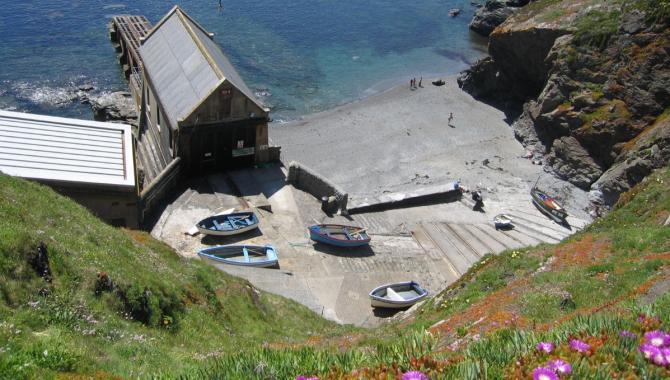 Wish you were here – cove beaches around The Lizard Peninsula

Carbis Bay in Cornwall’s far south west is a Blue Flag award-winning beach. This spectacular beach with its pale golden sands covering around 25 acres forms part of the larger St Ives Bay and is backed on by a luxury hotel.

Surfing favourite and great sweeping beach bay Watergate Bay on the outskirts of Newquay is one of Cornwall’s coolest beaches hosting top music festivals on its wide and long golden sands. This North West facing beach bay has excellent water quality, and its 3 miles of golden sands are flanked by a wide choice of luxury hotels and beachside apartments, as well as plenty of great surf schools and the Extreme Academy offering a range of watersports equipment hire and tuition.

World famous Porthcurno beach (National Trust) in Cornwall’s far west has featured in many a TV drama. Flanked by high cliffs and rocky headlands, Porthcurno beach has excellent water quality. The open air Minack Theatre looks down on this beach bay from the cliff top to a sublime scene of aquamarine waters and pale white sands. Very popular with families, on sunny summer days, Porthcurno looks more akin to a tropical beach on the Caribbean!

Places to Stay near Porthcurno Beach

The beach coves around south Cornwall’s Lizard Peninsula feature some of Cornwall’s most beautiful secluded coves. Most famous is Kynance Cove (National Trust) which many regard as one of the world’s most beautiful beaches with its pale white sands exposed at low tide. Bathers descend down steps to this beach cove beauty.

Situated only 1 mile north east of Land’s End, Sennen Cove beach in Cornwall’s far west is a favourite summer holiday beach with families, offering gentle surf and a scene similar to best beach bays on the Mediterranean coast. Flanked by cliffs and headlands, Sennen has excellent water quality and all those essential family facilities including beach cafes, ample parking on the cliff top, surf shops and equipment hire and a selection of stunning beachfront cottages and B&Bs near the beach and in nearby Sennen village.

The beaches of South Cornwall’s Roseland Peninsula are one of the region’s lesser known beach havens featuring a ‘string of pearl beaches’ along the Heritage Coast west of St Austell Bay. Well off the beaten track is beautiful Gorran Haven beach located at the most easterly point of the Roseland Peninsula. Dodman Point shelters two stunning bathing beaches here, both popular with families.

One of Cornwall’s best cove beaches and a favourite swimming spot with the author Daphne du Maurier, Readymoney Cove Beach in Fowey, South Cornwall sits close to the mouth of the river Fowey and is nicely sheltered by surrounding cliffs.

Blue Flag award-winning Porthmeor Beach in St Ives is overlooked by the Tate Gallery and is another Cornish beach in the far west with excellent water quality. Popular with both families and surfers, Porthmeor with its pale sands has been a consistent Blue Flag beach award-winner in recent times, and has numerous onsite and adjacent facilities including a beach cafe and surf schools.