Things to Do & See in Wells 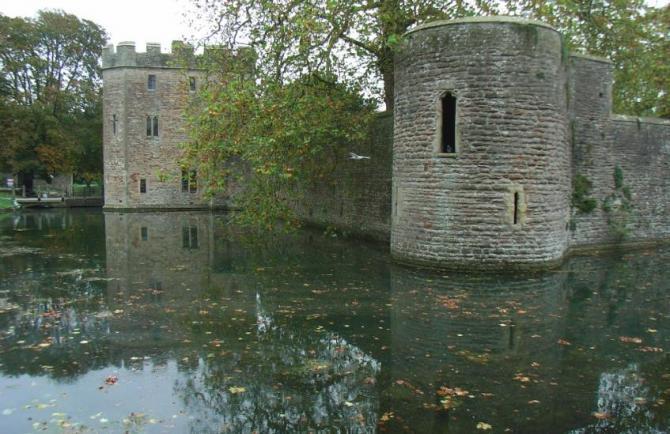 Wells is probably the most visited of the historic Mendip towns. In fact Wells is a city, England’s second-smallest city, due to the presence of Wells Cathedral. However, Wells still retains the feel of a small provincial market town despite its grandiose historic architecture.

It is a very pleasant place to walk round with greens, gardens and waterside walks around the Bishop’s Palace and Wells Cathedral. If you fancy a spot of shopping there’s a good centre with a wide range of shops both high street names and independents. It’s an excellent base for exploring the surrounding Mendip countryside and of course Wookey Hole Caves nearby.

Things to do in Wells

Wells is a compact town with a modern shopping centre, but historic medieval market place. Wells Cathedral, its associated historic buildings and the medieval Bishops Palace tower over the centre evoking the feeling of how it would have looked in days gone by. Markets are still held in Wells every Wednesday and Saturday selling food and gifts. Wells Tourist Information Centre can help you with all the usual tourist information and holiday services as well as selling concert tickets for Wells Cathedral, souvenirs and maps.

You can easily walk around the centre taking in the historic buildings, gardens and views. City trails take you round all the historic sights and springs explaining more about their history as you go. There are some very pleasant walks along the moat and the Bishop’s Palace which takes you to the Palace gardens.

Wells has such a fantastic backdrop that it has been used as a film and television location many times. The "Canterbury Tales", "A Fistful of Fingers" were filmed here and more recently "The Libertine" with Johnny Depp, "The Golden Age" and most noticeably "Hot Fuzz" who used Wells’ historic centre to comic effect.

Wells is named after the springs that well up in the gardens of the Bishop’s Palace and near the Cathedral. It is thought that these springs have long been associated with spirituality as the earliest buildings can be traced back to the Romans.

Later the Saxons made Wells an important religious centre when King Ine of Wessex founded a church here in the eighth century. This later became the seat of the Bishop. It was later removed to Bath causing arguments between the canons of Wells and the monks of Bath until the bishopric was named the "Diocese of Bath and Wells" which remains today.

Through the centuries Wells became a busy cloth manufacturing base with important wool and cloth markets making it the largest town in Somerset during the fourteenth century.

The Bishop’s Palace has been the base for the Bishops of Bath and Wells for 800 years. It is set within fourteen acres of gardens and is one of the locations where the Wells’ springs come to the surface.

The Palace dates from the early thirteenth century when a crown licence was granted to build a residence a deer park on land to the south of the Cathedral of St Andrew. It is a magnificent building more reminiscent of a castle than a religious house. It’s surrounded with a moat and you access the Palace through a portcullis drawbridge.

It’s a popular place for strolls around the tranquil gardens where you can see the water flowing from the springs being held in the moat before being discharged into the River Sheppey. There is an Arboretum within the grounds where you can picnic and plants from the garden are sold in the Palace Shop.

The site also contains a licensed restaurant with sun terrace which is also available for functions and weddings receptions. The Palace with its historic castellated buildings and lawns makes it a romantic location for weddings. There is also an Exhibition Gallery where a variety of arts and crafts are displayed throughout the year.