Stromness is a hugely attractive old sea port that retains much of its seafaring character. The harbour-side is lined with the old fishermen’s houses from which private slipways lead from boat sheds down to the sea.

The town is clustered round a natural harbour, Hamnavoe, on an inlet of Scapa Flow and was an important refuelling stop for ships on their way across the Atlantic. Some of eighteenth century Stromness remains – the warehouse opposite the ferry terminal was built in the 1760s, for example. And, famously, Gracie Fields sang from the balcony of the Stromness Hotel during World War II when it was the headquarters of the Orkney and Shetland Defence. The main street through the old town which progressively changes its name four times along its length is paved with large sandstone flags.

With its good range of pubs, cafes, take-aways and restaurants, its shops and small supermarket provide for all essential needs. Visit tourist information at the ferry terminal to find out more.

And, being on this side of Mainland, you’re right in the centre of a wealth of Neolithic sites.

During July the Stromness Shopping Week brings a range of stalls to the harbour’s edge as well as later than usual opening in shops and cafes nearby. There are a range of events and competitions associated with it including the crowning of the Shopping Week Queen who judges all competitions throughout the week. Piping Bands regularly play in the streets of Stromness and the week is brought to a close with a fancy-dress parade and fireworks from Stromness pier. Begun in 1949 as a way of attracting people to Stromness’s shopping facilities, the streets are closed to traffic during the day during Shopping Week. 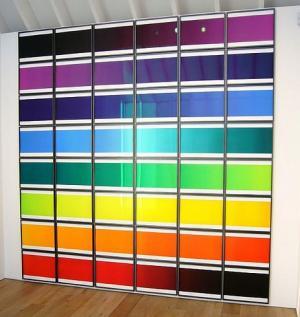 The Pier Arts Centre provides the town and the rest of Orkney with a state-of-the-art exhibition centre and shop. It houses some fantastic Barbara Hepworth sculptures alongside works of Ben Johnson and Naum Gabo, gifted by Margaret Gardiner the centre’s founder who was a personal friend of many of the artists featured in the gallery.

The gallery also exhibits a changing range of temporary national and international exhibitions. The recent renovations inside the listed harbour-side buildings include a two storey exhibition space with smaller spaces for temporary exhibitions. All are accessible by stairs or lifts and full height glass windows give excellent views out to sea.

The Stromness Museum traces the seafaring tradition of the town and the flight of some Orcadians who joined the Hudson Bay Company’s ships to make a new life in Canada. There is also a large display related to the scuttling of the German Fleet in Scapa Flow after their surrender at the end of World War I. The museum was originally built in 1858 to house the Orkney Natural History Society’s collections, some of which are still there. 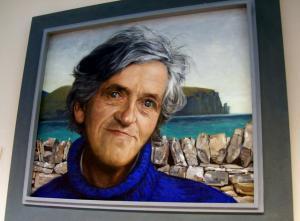 There are a good number of Blue Plaques in Stromness. The poet and dramatist George Mackay Brown lived here for the last twenty years of his life in a building diagonally opposite the museum. Brown is considered to be one of Scotland’s great 20th century poets who drew much inspiration from the Orkney Islands. His novel Magnus was heavily influenced by the Orkeyinga Saga.