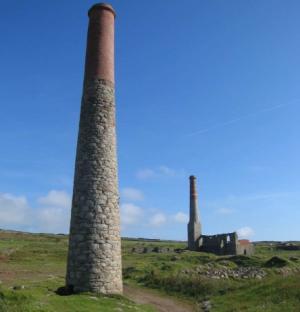 The historic granite mining town of St Just on the Penwith Peninsula is surrounded by some of Cornwall’s most beautiful coast and country scenery. The town has a good choice of quality accommodation, fine inns, tearooms, restaurants and a large central free car park. The Penwith Peninsula has a spectacular rugged coastline, rich in ancient archaeological sites and old mining remains best explored via the many themed circular trails branching out from St Just. Two small rocky beaches, Gwynver and Portheras, sit around Cape Cornwall on the coast near St Just, one of which features a swimming pool carved into the rock.

Cliff top golf courses don’t come more spectacularly situated than Cape Cornwall Golf and Leisure complex (the First and Last Golf Course!) which extends a warm welcome to visitors with the Cape Restaurant and Brisons licensed function room onsite. If you’re searching for a unique coastal wedding venue, Cape Cornwall is the perfect choice. The Lafrowda Festival fortnight takes place annually in July, featuring a range of activities for families, stalls, street performance and more. In November the town hosts the popular St Just Feast featuring a parade of horseback hunters! St Just with its colony of artists is also famed for its superb selection of galleries and craft studios. 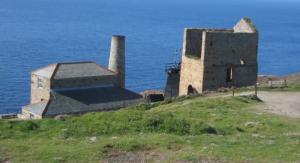 The most westerly of Cornwall’s World Heritage mining remains are dotted around the St Just and Pendeen area including the Geevor Tin Mine with underground tour and museum telling the story of tin mining and the unique Levant mining coast (National Trust) with the famous Levant engine house containing the only Cornish beam engine still in steam and on its original mine site. The stretch of rugged coastline around Pendeen Lighthouse between Cape Cornwall and Levant is particularly rich in mining remains.