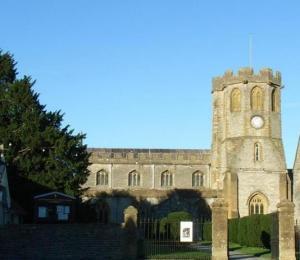 Somerton is a medieval village in the Somerset Levels with a charming historic centre which has changed little over the centuries. It was one of the important trading centres when this part of Somerset was known as Wessex. Many of the street and square names still echo their former uses as cattle markets and the like. Somerton is mentioned in the Domesday Book of 1086 and Somerset takes its name from ancient Somerton.

It’s a very attractive town with traditional buildings made of local stone – Blue Lias and Ham Hill Oolites. The main focal point is the seventeenth century market square with its castellated Buttercross complete with grimacing gargoyles. There is also a good selection of more modern amenities in the way of shops, cafes, restaurants and accommodation. The picturesque Viaduct Fishery in the area offers six well-stocked lakes located in the tranquil Cary Valley, and has an on-site clubhouse and over 100 decked fishing platforms, making it a popular place for tourists to while away the hours. Somerton also has a very well equipped outdoor space on Gassons Lane. There are tennis courts, rugby pitches and football pitches and a bowling green as well as children’s play areas and a skate park.

Somerton is brimming with historic buildings. Behind the church on Cow Square is The Old Hall which was built on the site of Edward I’s Court of Assize dating from 1278. The Square is the centre of the town with its octagonal, castellated covered market cross and St Michaels Church opposite with an octagonal roof. Its carved ceiling dates from 1510. Leading away from the Square is West Street with the Hext Almshouses built in 1624 and a well disguised shopping centre, the Brunel Arcade, leading off the main road through to the car park and more modern shopping area behind. A good way of exploring the town is by picking up the Somerton Town Trail which is accompanied by an audio tour available at the Local Information Centre in the Parish Rooms.