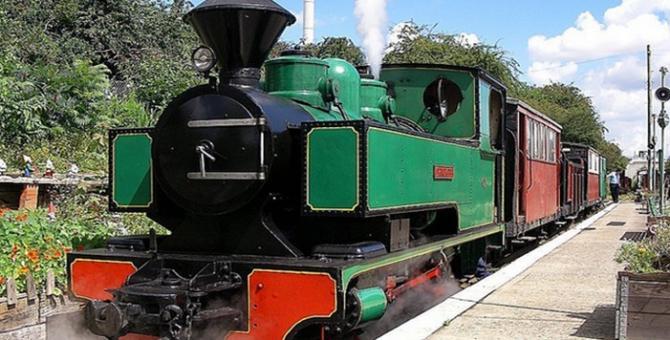 Sittingbourne (the hamlet by the bourne or small stream) in North Kent has a long history of welcoming travellers. It sits alongside the old Roman road – Watling Street – between London and Dover. Sittingbourne is around half way along the route, and has served as a major stopping off point through the centuries. Evidence of Roman settlement in the form of several Roman villas have been unearthed during excavations around the town. You can view some of the local Roman finds in the free entry Sittingbourne Heritage Museum on East Street.

With its many restaurants, cafes, a weekly Friday Market and heritage railway, Sittingbourne makes a great base from which to explore Sheppey, the North Kent Downs and the Swale district. The area has some great country house hotels with spa facilities and award-winning restaurants or opt for a cosy country B&B or cottage around surrounding villages like Borden to the south bordering the Downs. Historic railways are a real feature in this area of Kent – don’t miss a ride on Sittingbourne’s Steam Railway and the nearby Bredgar & Wormshill Light Railway.

Many old inns once lined the High Street of Sittingbourne in its coaching inn heyday – you can still see the old upper front windows of the Rose Inn on the High Street. The Rose built in 1708 was renowned as one of England’s finest inns at that time. The most famous to survive is the Red Lion, originally known as The Lyon which played host to Henry V when he stopped here en-route to the Battle of Agincourt in 1415. Henry VIII also visited twice in 1522 and 1532. Sections of the ancient Banqueting Hall of The Lyon survive today!

The arrival of the Railway in 1858 saw a shift in focus to brick production thanks to the ample supply of brick earth in the area and barge transport from nearby Milton Creek up to London. Another famous Victorian association with Sittingbourne is the production of newsprint from the mighty Sittingbourne Paper Mill – into the early 20th century it was Sittingbourne that supplied the presses of Fleet Street. Find out more about the town’s fascinating history at the free entry Heritage Museum.

Sittingbourne has its own unique heritage railway which dates from 1905. It was built originally to transport the raw materials required for the production of the town’s famous paper! The gauge is 2’6” and steam engine stock running along the line dates from the original period of its working life before 1969 which is rare with heritage railways making this one particularly special. The route runs from Sittingbourne Viaduct station situated on the site of a former transfer sidings. Here trains coming from Ridham Dock and Kemsley Paper Mill would be separated and head off to a variety of sites around the wharf and paper mill.

Steam locomotives then haul up a steep incline towards the bridge over The Wall which is the start of the 1km long Milton Regis Viaduct. The line heads towards Milton Creek Country Park and Kemsley Down which is the railway’s main site with Engine Shed and railway shop, museum walk, café, play areas and picnic sites. You can also link into the adjacent Saxon Shore Way at Kemsley Down station. Along this heritage railway route you’ll see some of the best views of the area, taking in viaducts, bridges and sites linked to the former brick and paper production industries.

Close to Kemsley Down Station is Sittingbourne’s great green space Milton Creek Country Park. Rich in wildlife and both Roman and industrial heritage, the creek here is a shallow tidal inlet north east of Sittingbourne which joins the Swale at Elmley Reach. It’s integral to the history of the area and has seen many uses from being a centre for the oyster industry to a source of water for the brick and paper industries in the 19th century. The country park covers 128 acres and contains fishing lakes, a network of walking paths and natural play areas. Rare species now have a home here from Great Crested Newt to Common Lizard and birdwatchers should head for the Church Marshes area where you’re likely to spot Stone Chat, Kingfisher, migratory Reed and Sedge Warblers and even hunting Kestrels in the open grassland.