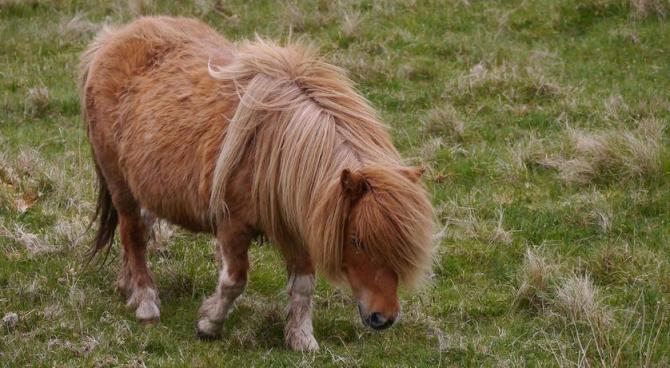 Walls, Tingwall, and Dunrossness (on Mainland Shetland), and the Northern island of Unst are all good places to see the true Shetland Ponies who often graze by the roadsides. Shetland ponies have been a feature of the landscape in the Shetlands for twelve centuries. Their independent lifestyle has meant they have evolved to cope with the harsh environmental conditions – and this has produced a hardy breed.

Traditionally they were used as workhorses for cultivating the land and bringing in the peat from the hills. The breed has frequently been in demand for other industries such as the coal industry in the nineteenth century where the little horses were used instead of children to bring the coal out of the mines!