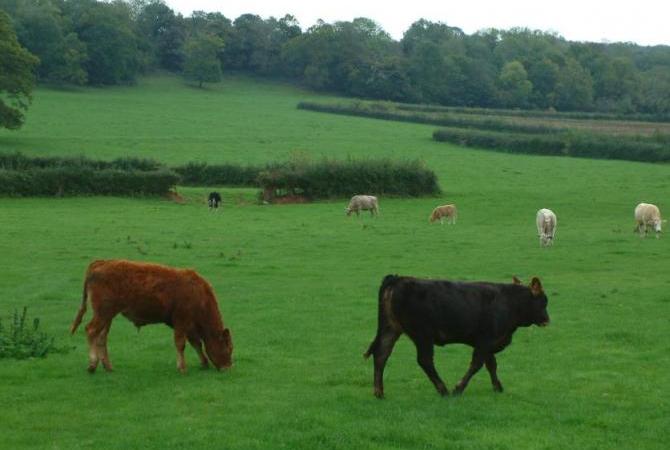 The rolling countryside of The Mendips

Shepton Mallet is a mere 5 miles east of Wells, and is an ancient medieval town and industrial centre within the Mendip Hills Area of Outstanding Natural Beauty. The town is surrounded by excellent walking country and makes an ideal gateway from which to explore the Mendips and surrounding villages and towns such as Radstock, Frome, Glastonbury, Castle Cary, Wells and Wookey Hole. A tourist information point and heritage centre sits at the top of the High Street. Shepton Mallet has its own theatre – The Academy, fomerly known as the Amulet. It was originally gifted to the town by the Showerings family who produced Babycham. Babycham is still produced here along with Blackthorn and Gaymers Cider, the second largest cider production brewery in the UK.

Attractions include the Shepton Mallet Lido – an outdoor pool with separate children’s pool – and the East Somerset Railway with family events including Santa Train Rides, Days Out with Thomas and three-course meals aboard the Mendip Belle. There’s an on-site gift shop, and the Whistlestop restaurant serving locally sourced meals, snacks and drinks. Collett Park, home of the Collett Park Festival, has a duck pond, play facilities and an aviary. Kilver Court is also worth a visit, with its designer outlets and its farm shop and cafe, as well as business and wedding facilities. Shepton Mallet has a great choice of quality accommodation from fine old inns and small hotels to cottages all ideally situated close to one of Somerset’s largest event venues – The Royal Bath and West of England Showground.

Shepton Mallet has played an important role in Somerset’s history having been mentioned in the Domesday Book in 1086. Famous Roman Road, the Fosse Way, stretching from Exeter in Devon up through the east side of the country to Lincoln passes by the east of Shepton Mallet. A wide range of archaeological finds have been discovered around the town including the remains of a Roman industrial town beside the Fosse Way. Shepton Mallet became prosperous as a market town based on its woollen trade. The market cross in the town centre dates from 1500 – rebels were hanged here after the Bloody Assizes trials following the Monmouth Rebellion of 1685. Nearby is a restored remnant of The Shambles, a fifteenth century covered market stall.

Shepton Mallet still hosts a market every Friday. The town has a grand church, St Peter and St Paul’s Parish Church, which has been here for around 1,000 years and Shepton Mallet is also home to the country’s oldest gaol dating from 1611 and is still in use as a prison today. National treasures such as The Domesday Book, a copy of the Magna Carta and the logs of Nelson’s Flagship HMS Victory were all kept here during World War II and there were rumours that the Crown Jewels were also secreted within its walls at that time.

Shepton Mallet is on the circuit for the Somerset Carnivals. These are usually held between September and November. It’s well worth timing your visit to coincide with one of the carnivals that are held at a whole host of towns throughout the county. The Somerset Carnival tradition dates back to the 1600s when many places in Somerset commemorated the Gunpowder Plot. Street entertainment, fireworks and special events throughout the town add to the fun and carnival atmosphere.

A fund day out for families and railway enthusiasts alike is assured at the East Somerset Railway at Cranmore, situated only 3 miles to the east of Shepton Mallet. Themed days include Thomas the Tank Engine days or Santa Specials at Christmas. You can even have a go at driving an engine too! It was opened as a broad-gauge line in 1855 with a line running from Witham to Shepton Mallet in 1858. It was sold to Great Western Railway in 1874 until passenger services were withdrawn in 1963. Then in 1967 the artist, David Shepherd, better known for his realistic animal paintings bought two steam engines and based them at Cranmore which led to the station and track being restored. It finally opened as East Somerset Railway in 1974. Today the line runs between Cranmore and Mendip Vale.