Sheffield is South Yorkshire’s city capital, rich in heritage and with a huge range of museums, attractions, gardens and activities located around its dynamic city centre. As you exit the M1 for Sheffield, you’re greeted by one of Britain’s best and biggest shopping centres – Meadowhall – located on the former site of a steelworks and with nearly 300 outlets featuring everything from well know international brands to quirky independent stores and a vast food hall packed with restaurants.

Sheffield attractions are a mix of arts, culture, science and heritage with venue hotspots scattered in and around the city centre. Just off the M1, junctions 33 and 34 on the city outskirts sits popular family day out, the Magna Science Adventure Centre which like Meadowhall sits on the site of a former steelworks and features hands-on interactive exhibits divided into the four themed areas of air, water, earth and fire. Discover Sheffield’s steel heritage here at Magna which still contains an original electric arc furnace, used daily to demonstrate the steel-making process.

Many Sheffield museums explore the city’s rich industrial heritage including Abbeydale Industrail Hamlet to the south of the city centre on the eastern edge of the Peak District, offering a real insight into 18th century steelworking. Centrepiece is the Grade 1 Listed museum building and scheduled monument, formerly the Abbeydale Works and water-powered with exhibits including a crucible furnace, tilt forge, old workers’ cottages and a steam engine dating from 1856. 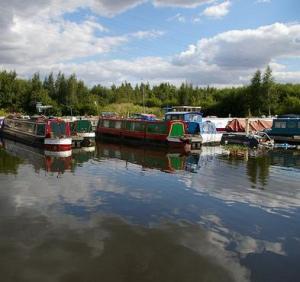 On the northern edge of the city sits the Kelham Island Museum, where to head to discover the stories of Sheffield’s industrial heritage told via archive, photography and industrial objects. On the western edge of the city is the award-winning Museums Sheffield, Weston Park, a museum which digs deep into the real story of Sheffield featuring a mix of permanent and temporary exhibitions which explore everything from geography and industrial heritage to music, politics, people and social history – this Sheffield museum is a top spot for families.

A novel way to explore Sheffield’s industrial heritage is via a canal boat trip from the city’s Victoria Quays, an easy walk from the city centre, located in the Wharf Street area. The quayside is a bustling quarter featuring waterfront cafes, venue hire space ideal for conference or wedding events and a choice of themed canal boat cruises perfect for exploring the wider Sheffield area.

Concert, theatre and sports venues in and around Sheffield are world renowned, featuring impressive arenas like the Motorpoint Arena Sheffield, one of the UK’s largest multi-purpose indoor entertainment venues holding up to 13,600 and hosting a year round programme of the best rock and pop concerts, comedy and sports league events in areas like basketball and darts. The Arena sits with 2 miles of the M1, off at Junctions 33 and 34, and is clearly signposted off North and South bound exits. 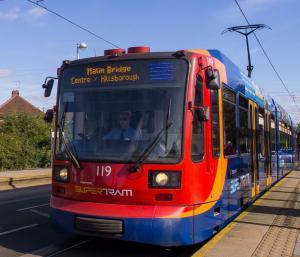 Sheffield is one of Yorkshire’s most accessible cities, within an hour’s drive of several international airports including one of Britain’s busiest – Manchester Airport to the north, and Robin Hood (Sheffield Doncaster) Airport to the east, only a 30 minute drive away. As you travel down the M1, and the great Meadowhall shopping centre approaches, you know you’re in Sheffield. The city is just off England’s main motorway artery and is served by six park and ride sites including one at Meadowhall where you’ll find ample free parking and where you can pick up the Supertram link into the centre.

Unique to Sheffield is its fantastic Supertram system making it easy for visitors to move from the periphery into the city centre and to popular locations around the centre. Sheffield mainline station and the bus/coach interchange are both centrally situated so you can easily leave the car behind. East Midlands Trains operate regular fast rail links from London St Pancras to Sheffield city centre. First TransPennine Express also offer regular train services to Sheffield for as little as £5 from major cities and towns in the north of England and Scotland, with the option of First Class on all trains and a trolly service available on major routes.

Accommodation options in and around Sheffield are extensive with a great choice of city centre luxury and budget hotels and contemporary apartments available together with quality affordable Bed & Breakfast accommodation on the periphery near the Peak District, close to football stadiums or near outer city museum complexes like Abbeydale.

Browse and book from the Sheffield selection below. The city is a gateway into an outdoor paradise in the Peak District, and on the western edge of the city you’ll find some charming rural farmhouse B&Bs and character cottages within easy reach of Sheffield and the East Peaks as well as Tattershall Lakes, one of the UKs most popular holiday parks.