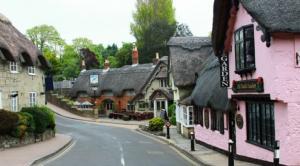 Shanklin is just south along the coast from Sandown and is split between the Old Village and the Esplanade and beach at the southern end of Sandown Bay. You can take the cliff lift down to the beach, or walk through the wooded valley of The Chine via a network of family friendly footpaths. Shanklin with its Blue Flag beach and host of family attractions has long been a favourite place to spend a family holiday on the Isle of Wight. Enjoy a trip through the Old Village with pretty thatched cottages before taking a walk through the Chine with a cascading waterfall. The long esplanade has a selection of cafes, shops, seafront hotels, a funfair, crazy golf course and an indoor play area. In August Shanklin hosts a Regatta and one of the island’s famous Carnivals.

Shanklin beach lies at the southern end of Sandown Bay. It’s a Blue Flag sandy beach renowned for its safe bathing areas and it is patrolled by lifeguards in the summer. There are zoned recreation areas for swimming and watersports. The northern end of the beach is lined with beach huts and is backed by the Esplanade. The beach becomes quieter towards its southern end.

Shanklin Chine’s richly wooded ravine features waterfalls cascading down the slopes. Footpaths and walkways lead you down through The Chine to the Esplanade. The Chine was notoriously used by smugglers and it was also the scene of a clash between the English and the French who tried to invade the Isle of Wight in 1545 – the last time they would mount such an attack. Attractions include the thatched Fisherman’s Cottage now a real ale pub, a nature trail and The Shanklin Chine Heritage Centre. Fisherman’s Cottage was the home of the Colenutt family until 1960 when Miss Colenutt had to be rescued when the house was flooded during a storm. The family are responsible for establishing the footpaths through The Chine. The Shanklin Chine Heritage Centre is housed in a Victorian House in The Chine which was once a popular guest house for newlyweds. Today the Heritage Centre tells the story of the Island through a variety of themed exhibitions. 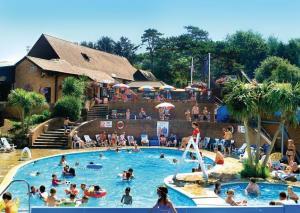 Stay in one of Shanklin’s seafront hotels with wonderful coastal views or opt for one of the resort’s many family friendly holiday parks close to the beach with entertainment facilities and outdoor pools. Many of Shanklin’s hotels also feature swimming pools and there are holiday apartments with private hot tubs and balconies overlooking the sea. Choose from a wide selection of family friendly Shanklin cottages with enclosed gardens or book affordable caravan and campsites near Shanklin with excellent facilities and easy access to the beaches.