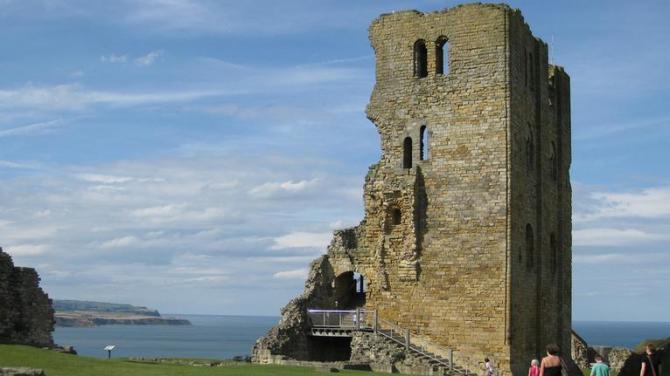 Scarborough Castle is located on Scarborough’s distinctive headland straddled by South Bay and North Bay. A natural site for defence and settlement, with sheer drops either side of the headland down to the sea, an Iron Age fort was the first structure on the site, the Romans built a signal point on it and evidence of Viking settlement has also been unearthed.

Rich in history, the ruins of Scarborough Castle tell a story of bombardment and siege through the centuries. Scarborough Castle’s keep or ‘great tower’ dates from the 12th century, built by Henry II between 1159 to 1169.

A Royalist stronghold during the Civil War, the castle experienced one of the war’s most severe sieges from parliamentary forces, great enough to destroy part of the walls of the great tower. 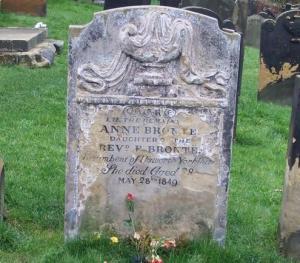 Later it served as a prison, with notables such as the Quaker George Fox held in its walls and it was fortified during the Jacobite Rebellion of 1745 and attacked by the American John Paul Jones in 1779. In December 1914, early in the First World War, German warships fired on both the castle and town from the Bay.

Spectacular views of Scarborough’s two beach bays and the Yorkshire coast beyond can be seen from the castle headland. The site today features extensive grounds, an exhibition and tearoom plus regular live re-enactments, family fun trails and events across the summer season.

Anne Bronte is buried in her beloved Scarborough, the only one of the Bronte sisters not to be buried in Haworth. Anne died in Scarborough in 1849 at the age of just 29 years and is buried at the northern end of St Mary’s churchyard on Castle Hill beneath Scarborough Castle.

It had been her intention to open her own school in the town. This didn’t materialise, but Anne Bronte made reference to her favoured seaside spot in her novels ‘Agnes Grey’ and ‘The Tenant of Wildfell Hall’.