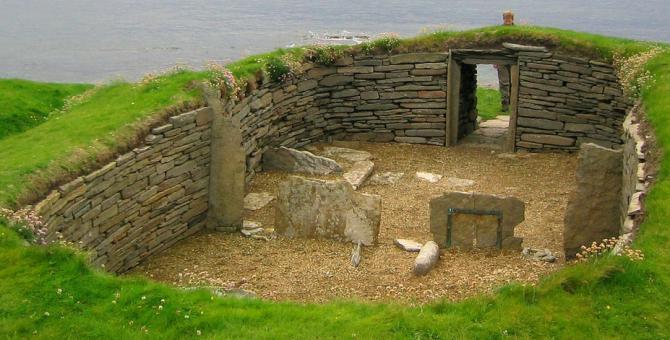 Sanday is the largest of the Northern Orkney Islands. Mainly comprising flat, agricultural land, Sanday’s beaches are also superb and popular with viewers of seals, otters and whales. Sanday is also popular with walkers, the island’s pubs and tearoom providing sustenance, and with those interested in music as the local community is enlivened by its great variety of live music clubs. 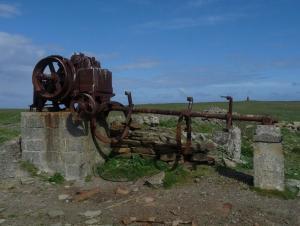 The annual Sanday Agricultural and Industrial Show is held on the first Friday in August to coincide with the Orkney County Show. Interestingly, as the Sanday Show ends, the Orkney Show begins and ferry excursions take islanders over to Mainland to attend it!

Sanday has a rich legacy of historic sites including Pool’s Neolithic settlement, the Styes of Brough, the 4 metre high Quoyness chambered cairn, and the Viking boat burial that was only discovered in the 20th century.

Sanday’s role in World War 2 was as home camp to hundreds of soldiers. A radar station was built at Lettan in 1941 and in the North of the island you can still see the remains of many bunkers around North Loch. But Sanday is most well known for its wonderful walks, wildlife, sea birds, waders and freshwater lochs.

Papa Westray, often called Papay, is one of the smallest Northern Isles of the Orkneys. It has a population of around 70 people and is often cited as being Bill Bryson’s favourite place in Britain. For the visitor there is an abundance of wildlife (especially at North Hill, an RSPB Reserve), archaeological sites and sandy beaches. This small Northern Orkney Island has important farming traditions but also claims a very rich archaeological history – over 60 discovered sites lie on Papay!
Interestingly, if you’re coming here by plane you’ll be travelling on the world’s shortest scheduled flight.