Rhayader, a small, historic market town in Powys, mid Wales, is situated close to the source of the River Wye and the Cambrian Mountains. Its crossroads location has made it, historically, a stopping-off point – for travellers, for monks travelling between abbeys, and even for Roman troops.

The name Rhayader means "waterfall on the Wye" though no remains of this waterfall remain – it as on the site where the bridge to the Elan Valley is now constructed.

It is a popular, busy town centre and hub for the local agricultural community. In the nineteenth century, the need of larger communities (for example Birmingham) for fresh water changed this area’s landscape irrevocably with the creation of dams and reservoirs. A castle was built in the twelfth century but only the moat (in Wauncapel Park) is still around today. 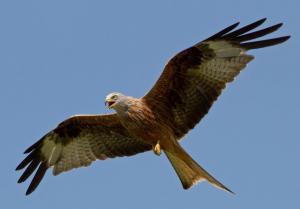 Rhayader’s crossroads location encouraged the positioning of six toll gates into the town during the nineteenth century. The net result was that animal conveyancing, trading etc became very expensive and out of the league of many of the poor. This was one factor that led to the Rebecca Riots (1839-1844) where locals dressed as women to riot. The name Rebecca is likely of biblical inspiration – in the book of Genesis, Rebecca recommended that some "possess the gates of those which hate them". The rioting eventually led to the passing of Turnpikes Act of 1844.

This area is important for the Welsh Royal Crystal glass making workshops. Their individually-blown and hand-cut quality pieces are stamped with a Welsh Dragon, indicative of their high quality.

The local area is an important one for cyclists, walkers and horse riders, with many trails and bridleways. In addition, the proximity of the Elan Valley (beautiful lakeland uplands) attracts many visitors. Or, if you’re interested in birds of prey, you could take a trip to Gigrin Farm to watch red kites being fed. 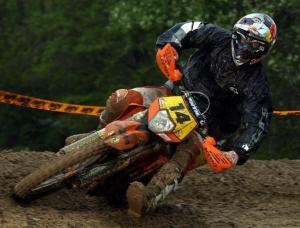 So much to do and see…

Many of Britain’s top riders compete on the Cwmythig Hill motocross circuit in an annual series of events which attracts over 5,000 spectators.

The local area also contains a large number of cairns and standing stones, and there’s an Art and Heritage museum/gallery and an open air theatre constructed from living willow. In addition, the annual carnival in Rhayader (and the wheelbarrow racing and rock-paper-scissors World Championships) have got to be worth a visit.

And if that’s not enough to tempt you, perhaps this will – the town is apparently home to more pubs (per resident) than any other place in the UK – 1 to 173 at a recent count!

Rhayader is positioned on the A470 (one of Wales’ most important trunk roads) and close by to the other – the A470. Rhayaders isn’t far from Bulith Walls and Abersytwyth and it’s worth knowing that the B4574 from Rhayader to Aberystwyth has been described as one of the most beautiful drives in the world, so if you’re in the area, do take a trip!

The nearest railways are at Crossgates or Llandrindod and there are good local buses.

Where to stay in Rhayader

We are pleased to offer the visitor to Rhayader a number of delightful properties from which to choose. Mainly self-catering holiday cottages, but also including inns and hotels, we can offer facilities for couples, families and groups, in some gorgeous locations, so do take a look at our listings below.