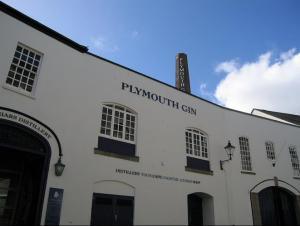 Plymouth’s maritime history features world famous names like the Pilgrim Fathers, Sir Francis Drake and Sir Walter Raleigh. The city’s selection of historic landmarks, museums and galleries tell the stories of this ocean city’s maritime past. Start your journey on the waterfront in the Barbican area at the interactive Mayflower Exhibition spread across three floors then take a stroll to the nearby site of the Mayflower Steps on the quayside, the point from which the Pilgrim Fathers are thought to have departed in 1620 en-route to North America.

Visit one of the world’s most famous lighthouses, Smeaton’s Tower on Plymouth Hoe and take a guided tour of the oldest still working gin distillery, Plymouth Gin on The Barbican. Move into the city centre to view some of the country’s most fascinating surviving Elizabethan Houses including the great 16th century Merchant’s House and don’t miss a tour or even better a swim during the summer season in the spectacular Deco Tinside Lido encased in the cliff side on Plymouth Hoe. 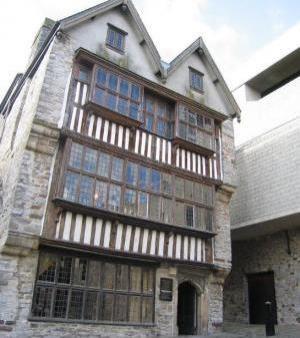 The interactive Plymouth Mayflower Exhibition on The Barbican sits just opposite the Mayflower Steps. A comprehensive Pilgrims exhibition, find out fascinating facts here including detailed information on passenger lists showing clearly that many who made the journey (more than half) were not actually religious separatists. This excellent Plymouth Harbour exhibition looks at both the journey ending at Cape Cod made by the pilgrims and settlement.

There are interesting contrasts in this museum between these emigrants and later emigrants during the 18th and 19th century who were economic migrants. A mix of Irish fleeing poverty and the potato famine, or Devon or Cornish farmers and their families who faced poverty and were in search of a better life in the US. The Mayflower Steps on the quayside, clearly marked by British and American flags, are thought to be the point from which the Pilgrim Fathers set sail in 1620, heading towards North America.

World famous lighthouse Smeaton’s Tower dates from 1759 and once stood far out to sea on the Eddystone Reef. It was brought brick by brick to Plymouth Hoe and rebuilt by the Victorians. The stump still sits out on the reef and you can see this on a clear day. Take the trip up Smeaton’s Tower not just to see the spectacular view across Plymouth Sound from the top, but also to catch a fascinating glimpse of the interior of this historic 18th century lighthouse.

Visit the Plymouth City Museum & Art Gallery with its focus on the working lives and social history of Plymouth residents from women working in the fish packing industry to families and their lives and experiences on Plymouth Housing Estates. Plymouth Maritime history is also a major theme, with exhibits exploring Plymouth’s role as a gateway to the sea and both exploration and emigration.

Two particular historic Elizabethan Houses have been amazingly preserved in Plymouth, particularly the dramatic jutting out structure of the Merchant’s House located on St Andrews Street, one of Plymouth’s oldest streets. The Elizabethan House on the Barbican is 400 years old and was once the home of an Elizabethan sea captain. Move back in time to the period of Sir Francis Drake’s Plymouth at The Elizabethan House. The interior is that of a merchant’s home, with low ceilings, sloping floors, period furniture and old wooden beams. 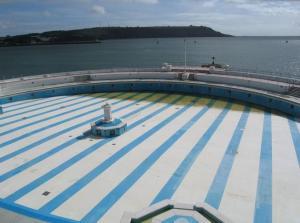 The Grade Listed Tinside Lide on the Plymouth Hoe waterfront is one of Britain’s great ornate Deco lido spectacularly restored to its 1930s glory. A mix of the Art Deco and International style, this iconic semi-circular salt water pool has three fountains or cascades. The Lido is floodlit at night – originally the fountains would change colour. Designed and constructed in 1935 by S. Wibberley, a City Engineer, the pool is surrounded by a complex of buildings encased in the cliffside including a beautiful flat sun terrace roof. Sun loungers, refreshments, wet suit and deck chair hire are all available across the summer season – the lido is open June to September.