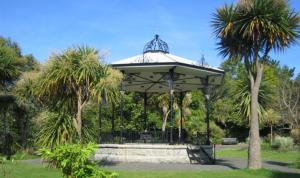 Beautiful Penzance is the main centre around Mount’s Bay and a gateway to Cornwall’s spectacular far west and the Isles of Scilly via regular ferry boat trips from the harbour. Penzance (meaning Holy Head or Holy Headland) contains many stunning Georgian and Regency buildings, a legacy of its heyday from the mid 17th century when it became a powerful ‘Coinage Town’. It went on to develop as a major port and market town in West Cornwall, becoming the favoured anchorage point on Mount’s Bay for sailing ships from around the world through the 17th and 18th centuries. In the 19th century by 1866 Penzance was linked to London by rail, and this saw a shift with the flourishing of the flower, fish and tourism industries. Today it remains the far west’s main commercial market town and tourist centre easily reached by road via the A30 or by rail.

A choice of wildlife and heritage land and sea tours depart from Penzance exploring the far west peninsula’s magical coastline and an interior rich in flora, fauna and ancient and industrial landmarks. The town has a variety of quality bed and breakfast accommodation and small family run hotels along the seafront and around the centre, many of which are charming Regency or Victorian properties tastefully modernised and retaining original features. Luxury apartments sit around the harbour and the bustling centre is brimming with specialist shops, historic inns and restaurants. 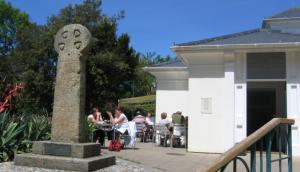 Sub-tropical gardens thrive down here in the warm far west climate. In the heart of Penzance sits Morrab Sub-tropical Gardens covering three acres and home to rare exotic plants not found anywhere else in the country. The stunning heated outdoor Jubilee Pool is Cornwall’s beloved Art Deco lido situated along Penzance promenade, open between May to September with a pool-side cafe. See an impressive collection of art by the Newlyn School of Artists in the elegant Victorian Penlee House Gallery and Museum. Paintings by Walter Langley, Elizabeth Forbes and others are on display inside. Penzance promenade is a long and beautiful strolling promenade with far reaching views towards St Michael’s Mount.

You can pick up the coast path from the town towards pretty fishing villages Newlyn and Mousehole, or book on one of the many tours available usually departing from pick-up points around Albert Pier and the harbour. Coastal and deep water cruising tours from Penzance offer an opportunity to see the variety of sealife around this coastline from whales, dolphins and seals to numerous seabirds and seasonal migrants. As well as marine life, you’ll also see some of the far west’s most famous coastal features and landmarks from the water including the Minack Theatre and the turquoise waters of Porthcurno. Safari style, 4×4 tours are also available inland, exploring the wild moorland, heathland and granite cliffs of the West Penwith area. 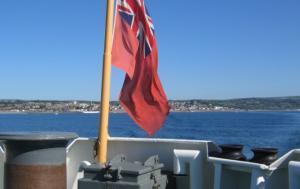 Boat trips from Penzance Harbour to the Isles of Scilly

Visit Penzance during one of its popular events and festivals including the Golowan Festival in June with live entertainment and workshops as well as a procession and a variety of stalls. Other festival highlights include the Penzance Literary Festival in July, and the Horse Show and Newlyn Fish Festivals in August. Enjoy a mix of mainstream, event and alternative cinema at the Savoy Cinema (Merlin Cinemas) in Penzance or take in a show during the summer season at the Open Air Theatre in Penlee Park. The Open Air Theatre, which offers seating for around 200, has a heritage stretching back to the 1950s when it staged its very first season. Penlee Park sits right in the heart of Penzance and the theatre’s summer programme runs from July to September. Performances range from Shakespeare plays to musicals and live music bands, choral and circus performances and wonderful adaptations of classics such as ‘Alice in Wonderland’ and ‘The Jungle Book’.

Penzance has been a major Cornish market town and trading post for centuries. The local produce of the South West is showcased in weekly town markets based in central St John’s Hall which include a farmers’ market every Friday with more than 20 stalls and a country market every Thursday featuring local crafts and stalls selling seasonal local produce from dairy products to honey, preserves, plants and flowers, fruits, vegetables, cakes, breads and more. The Country Market is West Cornwall’s longest running cooperative venture.