Out Skerries, the Friendly Isles, are the ultimate getting-away-from-it-all location. Bruray, Housay and Grunay make up the Out Skerries (the most Easterly of the Shetland Islands) and there are only 80 inhabitants over the first two islands, which are joined by a bridge. Grunay is uninhabited. But regular transport connections mean that Out Skerries aren’t as isolated as you might think – the islands are well connected to Mainland by ferries and flights. 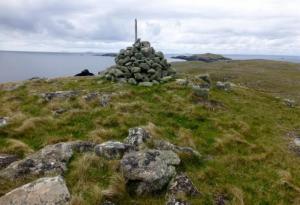 Less visited than other of the Shetland Isles, Out Skerries are nevertheless a great destination for peaceful coastal walks, landscape photography, coastal walks and wildlife watching. The skerries are dotted with stunning scenery and caves, arches, geos and blowholes. There is evidence of ancient civilisations on the islands with chambered cairns and stone circles having been found. However, many have yet to be explored.

Traditionally, the community of the islands have depended heavily on the sea to survive. Agriculture has played a smaller role over the years and tourism is still in a very limited phase.

Housay and Bruray have several shops, a fish processing plant, a primary school and the smallest secondary school in the UK! If you do venture out this far it will be the peace, tranquillity and beautiful views that will recharge your batteries.