Osborne House, just outside East Cowes, is one of the most popular attractions on the Isle of Wight. The Osborne House Estate was bought by Queen Victoria and Prince Albert in 1845. They had been searching for a seaside residence for their rapidly growing family. It became her favourite residence particularly after Prince Albert’s death where she sought sanctuary at Osborne House. Today you can visit Osborne House and tour the rooms which have been restored as they would have looked during Queen Victoria’s time here. Numerous personal items, gifts made to the Queen and unusual artefacts are on display throughout the house and grounds. 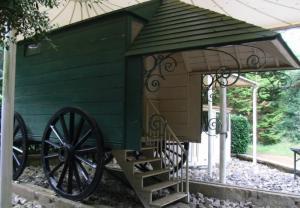 Victoria & Albert on the Isle of Wight

Queen Victoria had fallen in love with the Isle of Wight when visiting as a girl. When they found Osborne House the Queen was known to have said that "It is impossible to imagine a prettier spot – we have a charming beach quite to ourselves – we can walk anywhere without being followed or mobbed". This sums up Osborne House’s charm for the royal couple. They both revelled in the remoteness and separateness of the house on the Isle of Wight where they were able to indulge their interests – particularly Prince Albert who was able to assert his own influence on the building of the house and indulge his architectural interests. When Queen Victoria and Prince Albert first visited the estate it was a three storey Georgian house with views of the Solent which reminded Albert of the Bay of Naples. At first it was felt that with a few alterations it would be suitable for the Royal’s burgeoning family, but it was soon decided that it was too small and that extensive building works would be required. 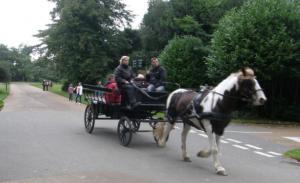 The Pavilion was the first section of the house to be built. The architectural style preferred by the Royal couple was Italian Renaissance and Prince Albert worked with Thomas Cubitt – builder and developer of London suburbs in Pimlico, Bloomsbury and Belgravia – and Professor Ludwig Gruner – an authority on Raphael and Italian frescoes – for the interior decoration. Over time the house grew to its grandiose size we see today. Ironically Queen Victoria was keen to produce Gemutlichkeit – a cosiness to the house which to our eye may seem out of kilter with the formal and luxurious furnishings of the day. However, it seems that Queen Victoria and Prince Albert were very happy here and managed to organise their engagements so that they could regularly spend March, May, part of July and August, late November and December at Osborne House.

After Queen Victoria’s death in 1901 the estate was open to the public for the first time in 1904. Tours today take in the Council Room where Queen Victoria’s privy council of ministers met and where Prince Albert was awarded the title of Prince Consort in 1857. Personal rooms are also open for viewing such as the Drawing Room, Prince Albert’s Dressing and Writing Room adjacent to Queen Victoria’s Sitting Room with its views of the Solent. The Royal Couple worked in this room attending to the contents of the dispatch boxes. You can see their desks which are identical except that Prince Albert’s was altered to accommodate his longer legs.

The Gardens at Osborne

The intricate decoration of the Durbar Room is a real highlight of the tour. Created to hold state receptions it was decorated in the popular Indian style of the time. Rudyard Kipling’s father introduced the work of carver Bhai Ram Sing to Queen Victoria and he was commissioned to carry out the work at Osborne House. The room now displays a large collection of beautiful gifts of caskets with messages to the Queen given to her during her reign. All this and more is contained in an Italianate designed mansion coloured to reflect Bath stone that was popular at the time. Queen Victoria died at Osborne in 1901 after failing health. Such a huge historic event meant that Osborne House was the focus of the world as her coffin lay in state in the house and arrangements were made for it to be transported back to the mainland to be laid to rest with Prince Albert at Frogmore in Windsor. A memorial created by her children hangs above the bed in which the Queen died. 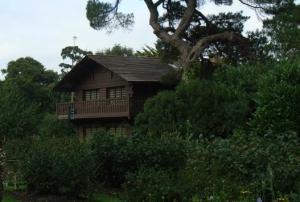 You can also tour round the estate gardens where many of the trees were planted by the Royal Family. At the far end of the grounds is the Swiss Cottage brought in from Switzerland and rebuilt for the royal children to provide a place where they could learn to cook, clean, garden and grow flowers and vegetables. Look inside the shed opposite each individual child’s garden and see their personal wheelbarrows all inscribed with their initials. Also at this end of the estate is one of Queen Victoria’s bathing closets. It was due to her promotion of sea air and taking the waters that made many of Britain’s seaside resorts popular during her reign. For much needed refreshment there’s a small cafe at the back of Swiss Cottage and a restaurant up at the main house. A minibus service runs from the main house down to Swiss Cottage and back or you can hop aboard a horse and cart ride around the estate.