On The Pendle Witches Trail in Lancashire

On The Pendle Witches Trail – Walking up Pendle Hill

The Pendle Witches Trial is one of Britain’s most famous trials for witchcraft, largely due to the fact that a detailed (somewhat biased) account of the trial survives. Heritage attractions in Lancashire including the Pendle Heritage Centre in Barrowford, Lancaster Castle and Clitheroe Castle Museum are where to find out more about The Pendle Witches, who they were, and the turbulent era in which they lived. A climb up the mysterious Pendle Hill from Barley village and a visit to the famous Witches Galore gift shop in Newchurch, Pendle are also not to be missed along the trail. 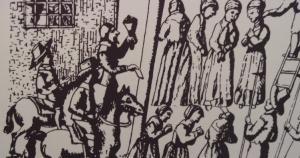 Exhibit on The Pendle Witches at The Pendle Heritage Centre, Barrowford

The early 1600s in Lancashire was a turbulent time of religious superstition and persecution. Protestant King James I was King and had survived the ‘Gunpowder Plot’ in 1605 when Catholic plotters has attempted to blow up the Houses of Parliament. The King was obsessed with the fear of a Catholic rebellion and these suspicions extended to an obsession with witchcraft. Lancashire, long a Catholic stronghold, was a county particularly under scrutiny. This was the context in which in August 1612 The Pendle Witches were found guilty and hanged in Lancaster. The judge however admitted at the trial that he was moved by ‘the ruine of so many poore creatures at one time”. 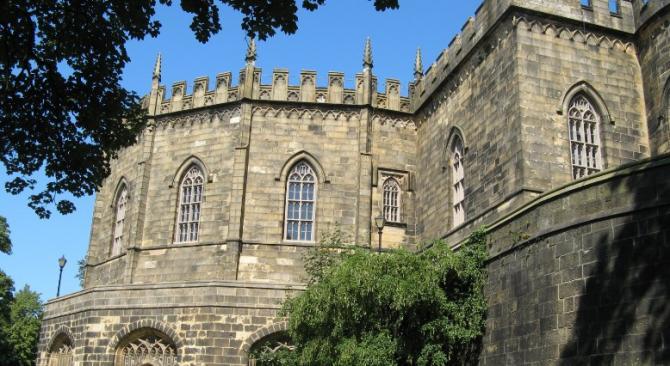 Who Were The Pendle Witches

The Pendle Witches were members of two rival peasant families living in the Roughlee area on the slopes of Pendle Hill. Two old women – Demdike (Elizabeth Southernes) and Chattox (Anne Whittle) – were leaders of the two families, both widows left in poverty. They were feared by the local community who believed they had special powers. 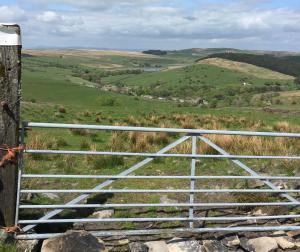 On 18th March 1612 Alizon Device, the grand-daughter of Demdike is begging on the road to Colne when a pedlar refuses to give her some pins. A black dog appears and she tells it to lame the pedlar who collapses apparently paralysed on one side. On 30th March 1612 Alizon Device is brought before Justice Roger Nowell and she confesses to witchcraft. She then recounts the story of Demdike and her family, describing curses and the feud with the Chattox family who she also implicates. On 2nd April 1612 Justice Nowells summons Demdike, Chattox and Chattox’s daughter Ann Redfearn to give evidence and Demdike confesses to being possessed by the devil who made here commit evil deeds. 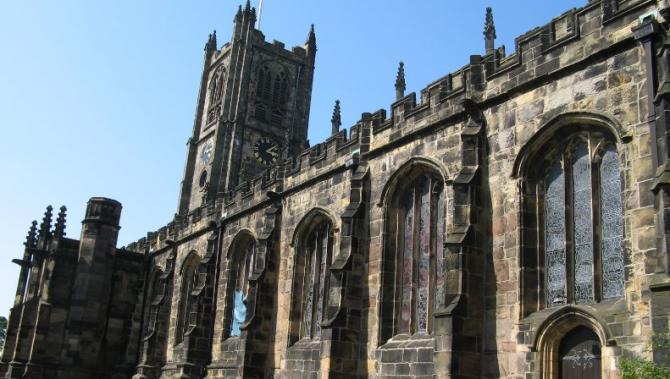 The following day, 3rd April 1612, Nowell sends Demdike, Alizon Device, Chattox and her daughter Ann Redfearn to Lancaster Castle pending trail for witchcraft. Others including Alice Nutter, a gentlewoman of Roughlee, are also sent to Lancaster Castle in late April 1612 after a Good Friday gathering at Malkin Tower (the home of Demdike and the Devices) where an investigator discovers a clay image and human bones stolen from graves at Newchurch. In late April Demdike dies in prison before coming to trial. 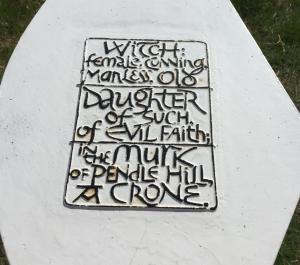 On 17th August 1612 the trial opens at Lancaster Castle and none of the accused has a defence lawyer. The 9 year old Jennet Device is a witness for Nowell and gives evidence against her own family and names Alice Nutter as one of those present at the Good Friday gathering. Alizon Device faints when the pedlar she is supposed to have lamed appears in court. When revived, she confesses. Chattox pleads for forgiveness and mercy to be shown to her daughter Ann Redfearn, but to no avail. All are found guilty.

On 20th August 1612 Chattox and her daughter Ann Redfearn, Alizon, Elizabeth and James Device, Alice Nutter, Jane Bulcock and her son John and Katherine Hewitt are all hanged in Lancaster in front of large crowds. 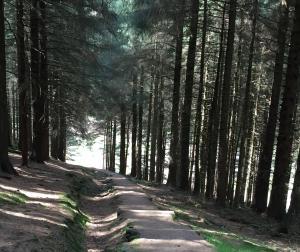 On The Trail in Pendle

Find out more about The Pendle Witches at the 17th century Pendle Heritage Centre in Barrowford, a good place to start, with a permanent display on The Pendle Witches. The onsite gift shop stocks many leaflets, guides and books on and you can book Pendle Witches experience tours for groups. From the heritage centre head up to Roughlee and Barley village, and climb magnificent Pendle Hill which affords spectacular views over the surrounding Pendle landscapes from the top. Visit ancient St Mary’s Church in the hillside village of Newchurch with the ‘Eye of God’ in the church tower which was thought to protect parishioners from witchcraft. Don’t miss a visit to the Witches Galore gift shop in Newchurch selling an array of Pendle Witch themed gifts and crafts.

On the Trail in the Ribble Valley

In the Ribble Valley, Clitheroe Castle Museum has exhibits on the history of the Pendle Witches and take a tour of the nearby ruins of 13th century Whalley Abbey on the banks of the River Calder. The abbey is a testament to religious persecution in the past and features in Harrison Ainsworth’s 19th century novel ‘The Lancashire Witches’. See also various paintings and artefacts dating from the turbulent era of the 17th century Pendle Witches at Browsholme Hall near Clitheroe. 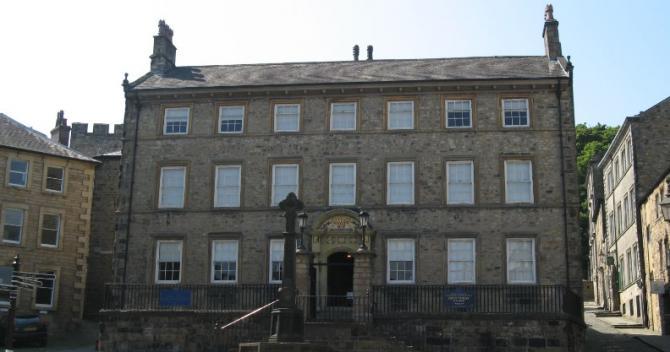