Newport is the Isle of Wight’s county town and the second largest, conveniently located in the heart of the island. The town has a great choice of attractions including boat trips on the Medina River, the award-winning Owl & Monkey Haven or enjoy a historic day out to nearby Carisbrooke Castle. Stay in a B&B in Newport town centre and be close to attractions including the Classic Boat Museum and Quay Arts Centre with year round events programme. A Museum of Island History and tourist information centre is housed within the grand Guildhall and The Isle of Wight Bus & Coach Museum with an impressive display of vintage vehicles is located in the Medina Quay area. Newport has a distinctly nautical feel with the River Medina flowing into Quay from the north. Pleasure craft often make the journey to Newport and you can sit and watch the boats go by at waterside pubs and restaurants. Newport also hosts two famous annual music festivals – the Isle of Wight Festival in June and Bestival in September. 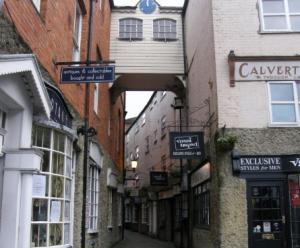 Newport is the main shopping centre for the island with a good choice of high street shops and retail and entertainment complexes on the outskirts. A local produce farmers’ market takes place every Friday in St Thomas’ Square from 9am to 2pm. The centre has numerous historic Georgian and Victorian buildings. The grand colonnaded Guildhall was designed by the architect John Nash and completed in 1816. Inside is a Tourist Information Centre and the Museum of Island History. Newport dates back to the Roman period and has seen its fair share of conflict. It was burnt down in 1377 by the French who were attempting to take nearby Carisbrooke Castle!

The River Medina flows into the town from the Solent bringing pleasure craft right into the centre. Newport Quay was once a busy commercial port but as business declined it has become something of a focal point for waterside strolls or stopping off for a drink or bite to eat. The Quay Arts Centre with the Medina theatre, cinema, cafe bar with waterfront terrace and gallery is also based in the warehouses alongside the quay. Newport has a further theatre, The Apollo on Pyle Street housed within a Georgian former Methodist Chapel. The quirky Isle of Wight Postal Museum is well worth a visit, located just north of Newport. Here you can see Arthur Reeder’s collection of 200 post boxes dating from Victoria’s reign through to the modern day. The oldest post box on display is a wall box dating from 1857. The collection also includes a rare Edward VIII Ludlow box – one of only two known to exist. 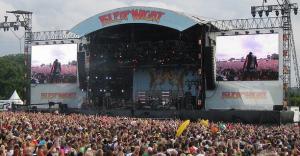 The Isle of Wight Festival takes place annually in June at Seaclose Park, Newport. With a history stretching back to 1968, this world famous festival has put Newport centre stage in the late 1960s and since 2002 when the festival was revived. Always attracting big names from rock and pop past and present, keep a close eye on the official website for ticket sale announcements to ensure your festival place. Bestival is another famous Isle of Wight music festival, held annually in early September at Robin Hill Country Park just to the south east of Newport. Green and politically aware, boutique festival Bestival is renowned for its fancy dress clad audience and has a dance edge, featuring underground DJ names alongside rock and pop legends. It’s not all music too, with a knees up and polka tent, poetry, cabaret, circus performances and games tournaments all on offer.