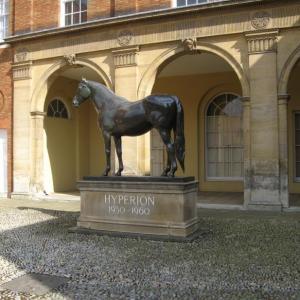 Lifesize statue of the great Hyperion on Newmarket High Street

The National Horse Racing Museum sits in the town centre along the high street and accommodation choice in this popular racing centre is extensive, featuring everything from boutique hotels to stylish Newmarket B&B guest houses and holiday cottages. Newmarket’s location close to the Cambridgeshire and Norfolk borders makes it the perfect base from which to explore both counties.

Take a tour of Newmarket’s National Stud and don’t miss the popular summer Friday Newmarket Nights of racing which usually culminate in live music. For horse racing fans you’ll find many Newmarket hotels and B&Bs offer transfer services to racecourses. A plentiful supply of quality restaurants, traditional inns and amenities all feature around the central high street. Whether booking a racing weekend in Newmarket or a year round holiday on the Norfolk, Cambridgeshire and Suffolk borders, book Newmarket accommodation online now. 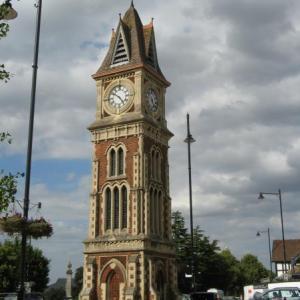 The National Horseracing Museum in Britain is appropriately located here on the High Street in top horse racing centre Newmarket. The museum explores the history of racing in the town from its earliest origins and links with royalty particularly Charles II who was a great enthusiast of the sport and spearheaded the boom in horse racing from 1660. The lives of jockey and thoroughbred celebrities of the past and present feature in galleries from Victorian jockey champion Fred Arch to famous names like Red Rum, Hyperion and Lester Piggott.

Special exhibitions on show through the year often include outstanding British Sporting Art. Paintings by foremost painter of horses George Stubbs (1724-1806) have been displayed here. Visitors can find out about what life is like for those working in the sport from jockeys and trainers to stable lads and trainers. Every aspect of the sport is given due attention in Galleries including topics like The History of Betting. The museum also offers themed tours. 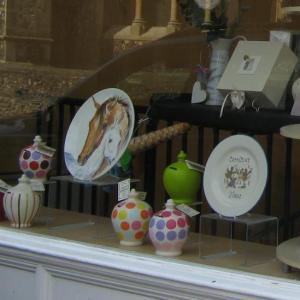 The two Newmarket Racecourses are the Rowley Mile and the July Course. The first grandstand on Newmarket Heath, an ideal spot for racing with open heathland and spring turf, was built by James I in the 17th century and the first race took place on 18th March 1622.

It was Charles II however who really propelled the sport of horse racing to great heights in Newmarket and Britain. He established specific rules for the sport. The ‘Merry Monarch’ Charles arrived in Newmarket in 1660, and visited the town twice a year. Charles was a keen rider, often riding around what is now the July Course and he chose the site for the Rowley Mile, named after his favourite hack ‘Old Rowley.

From these beginnings Newmarket evolved into the international horseracing centre it is today with the Jockey Club set up in 1750. Newmarket racecourses were the first to introduce the Tote and to run the first ever race using the Photo Finish!

Racing fixtures at Newmarket run through Spring, Summer and Autumn seasons. Summer racing sees the July Course come alive with a premier programme of horse racing, festivals and events. Racing highlight in summer is the Newmarket July Festival with its great party atmosphere featuring world class racing and fashion competitions. The summer Newmarket Nights are widely considered to be one of the best Friday nights out in the East of England! Open air concerts and fireworks follow the evenings’ racing.

Spring racing fixtures are on the historic Rowley Mile, fondly known as the ‘Course of Champions’. World class racing and facilities are at this Newmarket Racecourse. Autumn Racing includes further fixtures on the Rowley Mile including the legendary Cambridgeshire Meeting.

A shuttle bus service from Newmarket town centre and station to the racecourses operates during all race days. Conference and events facilities at courses include the cutting edge Rowley Mile Conference Centre. Facilities for banquets, weddings and parties are also catered for and stylish restaurants, bistros and champagne bars feature around both the Premier Enclosure and Grandstand/Paddock Enclosure at each racecourse.

National Stud Guided tours offer visitors a unique opportunity to see behind the scenes of a working thoroughbred stud farm. Each tour lasts around 75 minutes and takes in the Stallion Unit where you’ll see the stallions currently in residence and the Foaling Unit and Nursery Yards. The Foaling Unit and the resident miniature Shetland ponies at The National Stud are always a hit with younger children visiting. Special themed/ combined tours are also available. Find out more on the Stud’s website.