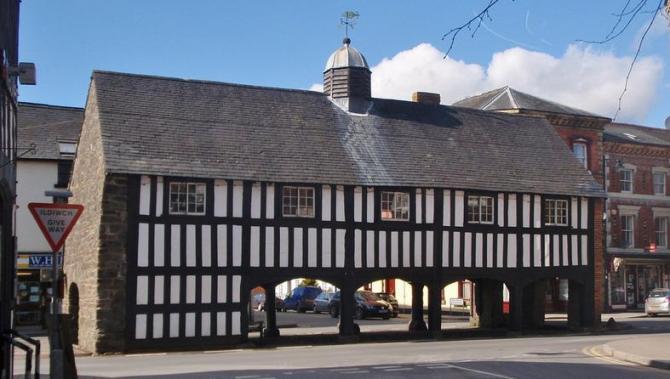 Llanidloes, Powys, is in the Mid Wales region, just 30 miles East of Aberystwyth and the Ceredigion Heritage Coast. Llanidloes is built on the River Severn.

The original medieval town comprised of four streets with a market hall as the roads crossed. Now it is an active, eccentric town with plenty of facilities, situated in fantastic walking country.

Llanidloes unwittingly became a revolutionary centre in 1839. Chartism and the struggle for an improved lot for the poor and disenfranchised hit a chord with many locals who started to rebel and demand votes for all men. They were opposed by the wealthy landowners who mustered a private army and called on police men from London. The Trewythen Arms in Llanidloes centre was where it all came to a head. The crowd gathered there were so enraged that they set some captured Chartists free. But further troops were called in and eventually most of the Chartists in the area were sent to jail to be transported. There is a blue plaque on the pub front to commemorate their struggle for equality.

This distinctive, ancient historic market hall is a grade 1 listed building, and is the only timber-framed building of this type still surviving in Wales. Dated between 1612 and 1622, some of the construction timber used is a lot older as it was salvaged from an even earlier hall. 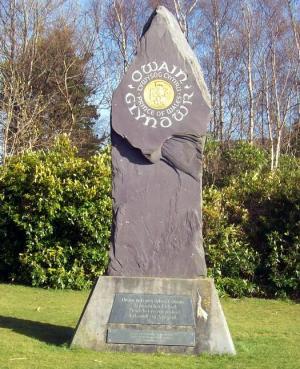 Glyndwr’s Way and other local treasures

Glyndwr’s Way is a National Trail of varying difficulty. It runs through forests, lakes and farmland from Welshpool travelling Westwards to Machynlleth (in the valley of the River Dovey), then back inland South Eastwards towards Knighton. The 135 mile Way celebrates the eventful life story of Owain Glyndwr, fifteenth century Welsh prince and folk hero.

But Llanidloes in general has more than thirty sign-posted walking routes round the town, ranging from a few miles to a full day of walking, some travelling the Severn Way.

And, while in the area, also look out for Llanidloes’ main church, St Idloes Church which was named after St Idloe, a 7th century Celtic hermit. The church sports a magnificent stained glass window celebrating the millennium, which even depicts the donor’s St Bernard dog! And why not look out for the Green Fair that has been held annually at Llanidloes since 2007, highlighting environmental issues of all kinds? For those visitors interested in local history, why not visit the museum of local history in the town hall, which documents some of the town’s Chartist past, and displays a Victorian kitchen? The town also is home to the Minerva Arts Centre which houses a large display of heritage Welsh quilts from the 19th and 20th centuries.

Llanidloes is situated at the intersection of the main A470 and the B4518. Links to the main motorway network are via the A44 which connects to the M5 at Worcester.

We are proud to offer visitors to the Llanidloes area a good selection of self-catering holiday cottages, some suitable for large groups, some traditional and some contemporary. Many of these are pet friendly and situated in beautiful countryside, so do browse through our inspirational listings today.