Liverpool – What to See and Do

Enjoy a top city break in Liverpool, whether you’re staying for one night or more. Immerse yourself in the the city’s lively nightlife, cultural attractions and family favourites. Find places to go with the kids, or enjoy a Magical Mystery Tour that shows you Beatles Liverpool as you visit the top locations where the Fab Four lived, worked and played.

Take a boat trip on the Mersey or climb the Radio City Tower for views across Liverpool and the Lake District beyonde on a clear day. The tower is 400ft high, and refreshments are available on site. 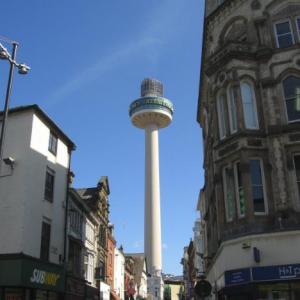 Liverpool is a cultural haven with fantastic museum quarters around the World Heritage Dockyard and in the heart of the town centre around beautiful St George’s Hall. Explore the maritime and social history of Liverpool in dockside museums including the Merseyside Maritime Museum and the Museum of Liverpool. The International Slavery Museum on the third floor of the Maritime Museum offers a unique opportunity to hear historical and contemporary stories of slavery. Liverpool’s Tate Modern, one of the North’s best contemporary art galleries, also sits around the Albert Dock.

A short stroll inland from the dockside sees you at the cluster of museums around St John’s Gardens, conveniently close to Liverpool Lime Street Station. In this quarter you’ll find the award-winning Walker Art Gallery with outstanding collections of 17th century Dutch and Flemish masters including Rembrandt, a premier collection of Pre-Raphaelite paintings and early 19th Century work by Turner and Constable. The World Museum is popular with families, displaying fascinating treasures from around the world (and other worlds) including Egyptian mummies and meteorites from Mars! 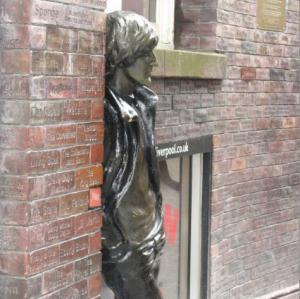 Liverpool is best known for The Beatles. Fans can find many of the Fab Four’s old haunts in the city, as well as a number of tributes to individual members and to the group as a whole. In most cities an airport wouldn’t be considered an attraction, though Liverpool John Lennon Airport is worth a visit just to see the Yellow Submarine by the entrance, and the 7ft bronze statue of John Lennon within the airport building.

Beatles attractions in Liverpool include The Beatles Story at Albert Dock, complete with a Fab4D Cinema bringing the music to life, and you can take a Fab Four Taxi Tour to learn more about the places they lived, worked, recorded and performed. Visit Liverpool in late August and you can enjoy Europe’s largest free music festival – The Mathew Street Music Festival. Slightly later in the year, the city also hosts the Liverpool Comedy Festival which offers a chance to enjoy comedy from some of the greatest stand-up comedians in the world.