Take your pick of world class sports, music and arts festivals in Liverpool. Visit anytime of the year and you’re bound to coincide with a fabulous themed event or festival from International Beatleweek and dance festival mecca Creamfields at the end of August annually to the September Liverpool Food & Drink Festival and early August Liverpool Pride. 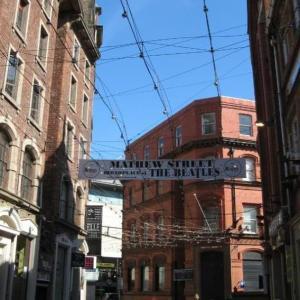 Head down to Mathew Street for International Beatleweek

Liverpool venues come together during festivals to host an array of performance treats, themed exhibitions, outdoor and indoor concerts, parades, tours and more. Checkout the best of new dance music still at the iconic Creamfields – the biggest party of the year and don’t miss International Beatleweek when top Liverpool venues including the Cavern Club and Pub on Mathew Street, the Adelphi Hotel and the O2 come together to offer a fantastic mix of Beatles themed performances, tours, plays, talks, memorabilia sales and much much more!