Literary Breaks in the UK

Discover the landscapes that influenced some of Britain’s greatest authors and poets on a literary break. The winter, autumn and early spring months are the perfect time for a romantic literary escape and locations associated with some of our most famous literary giants are as astounding as the poetry and novels. Numerous locations in Britain serve as the backdrop in iconic novels like Whitby on the Yorkshire Coast which Bram Stoker visited in 1890 – a visit which inspired him to write ‘Dracula’.

Places to Stay in Whitby

On the Agatha Christie Trail in Torquay & the Riviera – Christie play at the Palace Theatre, Paignton

Escape to the wild West Yorkshire Pennines – Bronte Country around Bronte village – and visit the historic parsonage home of the Bronte Sisters. Take a tour of The Robert Burns Birthplace Museum in pretty Alloway near Ayr on Scotland’s Ayrshire coast or book a B&B or cosy cottage gem around the Taf estuary in Carmarthenshire, just a short stroll from Dylan Thomas’ Boathouse in Laugharne. Here’s a few literary lover suggestions around the UK to inspire! Across the Christmas season Charles Dickens themed short breaks may well coincide with a Dickensian style Victorian Christmas market! Or take a break and head off on a tour of the Queen of Crime’s home territory in Torquay and the English Riviera!

Places to Stay in Torquay & Paignton

Explore Thomas Hardy Country in Dorset on a short break or holiday. Base yourself in a Grade Listed guest house, a period cottage or try a unique luxury glamping experience in and around the county town of Dorchester. Hardy famously used Dorchester as inspiration for Casterbridge in his novel ‘Tess of the D’Urbervilles’, and his birthplace cottage in Higher Bockhampton (National Trust) is just 3 miles north east of Dorchester. 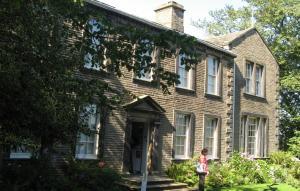 Beautiful Bronte village Haworth in West Yorkshire is perfect for year round short breaks. Why not arrive in style by steam railway to Haworth Station via the Keighley & Worth Valley Railway. Explore the Bronte Sisters’ heritage Parsonage home and take the famous walk across the moors and Bronte Falls to Top Withens – the remote spot with farmhouse ruins which inspired Emily Bronte’s Wuthering Heights. Festive seasons like Christmas or during summer 1940s weekends are great times to visit. In and around Haworth you’ll find a wide choice of moorland Yorkshire cottages close to the Pennine Way, or choose a central B&B guest house close to the cobbled Main Street.

Alloway near Ayr on the Ayrshire Coast and Dumfries in South West Scotland are at the heart of Robert Burns Country. The Poet’s birthplace cottage and adjacent museum is in Alloway and close by you’ll find a choice of luxury historic B&B accommodation. Several heritage homes in which the great poet lived sit in and around Burns’ final resting place Dumfries including Ellisland Farm. Discover more on his later years at the 18th century watermill – the Robert Burns Centre – situated along the west bank of the River Nith in Dumfries. Burns died in Dumfries in 1796 – his large mausoleum is within St Michael’s churchyard. 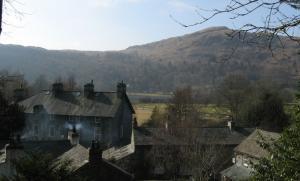 A B&B, cottage or a cosy inn with rooms in Grasmere, Ambleside or Cockermouth puts you right at the heart of William Wordsworth Country in the Lake District. Tread in the footsteps of the romantic poets and visit the historic homes of Wordsworth – Dove Cottage at Grasmere and nearby Rydal Mount. Head off on the walks that Wordsworth and his sister Dorothy adored such as strolls around Grasmere Lake or up to Silver Howe for magnificent views of the Central Fells. The Wordsworth Museum is adjacent to Dove Cottage in Grasmere and the poet’s birthplace home is in Cockermouth.

Brantwood, the historic home of the writer, poet, artist, reformer and environmentalist John Ruskin sits on the eastern shores of Coniston Water just across the lake from Coniston village. Ruskin spent 28 years in the Lakes, and Brantwood with magnificent views across the Water and the peak of Coniston Old Man is brimming with his personal effects. The Coniston area offers a variety of accommodation choices including mountain cottages and Coniston village B&Bs within walking distance of boat trips across to Brantwood. Ancient coaching B&B inns serving up fine food and Lakeland ales also feature in the Coniston area.

On the Jane Austen Trail in Hampshire

Jane Austen’s House Museum in Chawton near Alton sits in the heart of Hampshire. Although other locations such as Bath are more commonly associated with the author, the museum and house here in Chawton village is the only house where Jane lived and wrote which is open to visitors. She spent the last 8 years of her life from 1809 to 1817 here in this unassuming cottage. You’ll find a collection of stunning country cottages and B&Bs in and around Chawton and Alton. Many are pet friendly and you’re in the heart of the East Hampshire Area of Outstanding Natural Beauty in Jane Austen Country. 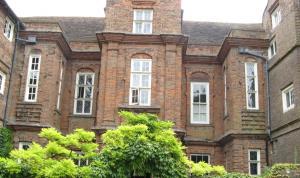 Head off on the Charles Dickens Trail in either Hampshire or Kent. Dickens was born in the Portsea area of Portsmouth in 1812 and the house at 1 Mile End Terrace where he was born is now the Charles Dickens Museum. Dickens was just 5 years old when his father took up a post at Chatham Dockyard in Kent, and the author spent his childhood years relatively peacefully on the Medway with daytrips to Rochester. The Christmas season is a great time for a Dickens themed short break in the beautiful castle Medway town of Rochester in Kent. The town hosts its Dickensian Christmas Festival annually in early December and the Rochester Guildhall holds an extensive collection of Dickens memorabilia displayed in the Dickens Discovery Room.

One of the country’s most peaceful and beautiful literary retreats, Laugharne on Carmarthenshire’s Taf estuary coast near the Gower is Dylan Thomas Country, home to the poet, writer and broadcaster’s famous Boathouse. Featuring panoramic views of the estuary, the Boathouse was Thomas’ Writing Shed and today you can take a tour and enjoy locally sourced food and drink in the Boathouse Cafe.

Where to Stay in the Laugharne area
Dylan Thomas Boathouse