The Grade I listed Lancaster Castle overlooks the town from the site of a former Roman fort. This imposing structure has been used for military defence and as a jail for centuries. The castle buildings include the 12th century Keep, a 14th century Witches’ Tower and 15th Century Gatehouse. Guided tours run daily.

Dating back to the Roman period and one of Lancashire’s finest historic buildings, Lancaster Castle is now open to the public for the first time in 900 years! Open 7 days a week from 10am to 5pm, with tours available from 10.30am to 4pm, the North West’s finest monument sits elevated on a hill in the heart of the town, just a 5 minute stroll from the railway station with parking and a shop on-site.

Known as John O’Gaunt’s Castle, Lancaster Castle’s great Keep or Lungess Tower partly dates from the 12th Century. Step back in time and book a guided tour exploring the castle’s colourful history from defence stronghold against marauding Picts and Scots to the famous Pendle Witch trials of 1612 and the more recent Birmingham Six Trials. Stories of dungeons, death, witchcraft, royalty and power all feature in the castle’s history – explored in-depth on castle tours. 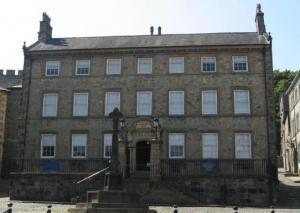 The Judges Lodgings are another Grade 1 listed building and museum in Lancaster, formerly the home of notorious witch hunter Thomas Covell and now home to the Museum of Childhood and a collection of Gillow furniture displayed in a period Georgian Regency room. Also not to be missed is a visit to the tiny 18th century Cottage Museum situated near the castle offering a fascinating insight into early Victorian life in Lancaster.

Lancaster’s historic Priory & Parish Church sits adjacent to the castle and dates from the 11th century (founded 1094), although the present building is mostly 15th century. With Benedictine origins, the site is known to have had a church since 630AD. Roman remains have also been discovered underneath the Chancel indicating an even older heritage, and there are the ruins of a Roman bath house nearby. 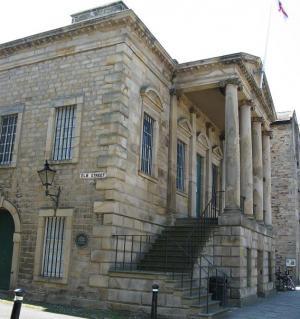 Find out just how ancient a town Lancaster is at the central Georgian free entry Lancaster City Museum with exhibits exploring the history of the town stretching back to the Roman period. The King’s Own Royal Regiment Museum is also within. Move down to Lancaster’s historic St George’s Quay overlooking the River Lune to the former Georgian Customs House, now the award winning Maritime Museum. This museum charts the history of the slave trade, alongside the disintegration of traditional fishing industries.

The Ruskin Library on Lancaster University’s campus complex holds a definite archive of correspondence, books and pictures by John Ruskin housed within a spectacular modern building. Public galleries display various drawings and prints in the collection and changing exhibitions run through the year.