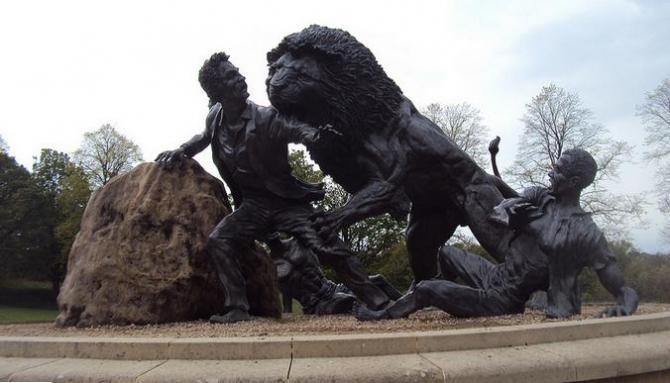 Lanarkshire, in Scotland’s central lowlands, is an administrative area incorporating both North and South Lanarkshire. Its boundaries are with Stirlingshire, Dumfriesshire, Peeblesshire, Midlothian, West Lothian and Dumbartonshire, making this a complex geographic district to define. The large towns within the area include Hamilton, Blantyre, Larkhall, Biggar and East Kilbride.

Lanarkshire is a busy and thriving area full of industry and activity, conveniently close to Scotland’s two major cities, Edinburgh and Glasgow, and incorporating some bustling towns. It is also home to a great deal of history and some fascinating places to visit.

What to do in Lanarkshire

Lanarkshire, initially famous because of its gold, silver and precious stones, now possesses a thriving modern economy which includes an incredible 15 aerospace companies. But it isn’t just about industry. Scotland’s theme park , M&D’s, is all about pleasure, and includes many rides for younger children, an 18-hole miniature golf course, indoor (glow in the dark!) bowling, a large indoor complex of play areas, and places to eat and shop. And if that isn’t enough, it also features Amazonia – an indoor tropical rainforest, and five white-knuckle rides! 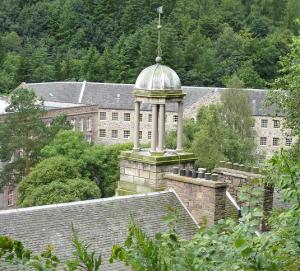 But Lanarkshire doesn’t leave its history behind. For those who prefer their entertainment at a slightly slower pace, Lanarkshire’s home to a large number of museums – six in the Biggar area alone, but also the Hamilton Mausoleum, Bothwell and Craignethan Castles, the National Museum of Rural Life in East Kilbride and the New Lanark World Heritage Site, to name just a few. The latter is a restored cotton mill village from the 18th century, which is still a lived-in community and hosts many interactive events/displays and rides, including an on-stage ghost girl. The Livingstone Visitor Centre celebrates the life of Victorian traveller and missionary David Livingstone, born in Blantyre in 1813. The monument to his lion attack is particularly stunning (Livingstone shot a lion who attacked his arm before dying). Another attraction for visitors, the Leadhills and Wanlockhead narrow gauge railway, runs at 1500 feet above sea level.

With great shopping in the towns and cities nearby, golf, kart racing, football, an aqua centre, country parks, shooting school, horse racing at Hamilton, and much more, there’s no shortage of things to do in Lanarkshire. We can’t possibly go into detail here, so why not come and see for yourself.

How to get to Lanarkshire

Lanarkshire is central to Scotland and therefore accessible by motorway, rail and air, being traversed by the main Scottish and English road networks, and offering a wide choice of passenger stations on its main rail routes. And don’t forget the two major airports (Edinburgh and Glasgow) both within easy driving distance.

Where to stay in Lanarkshire