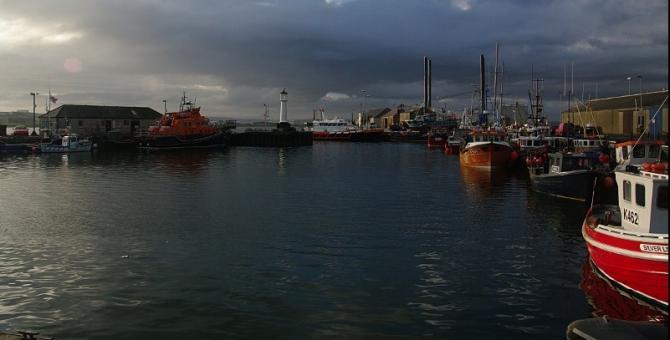 Mainland, the main island in the Orkney Islands, is also the area of the greatest population and the home of the two main towns – Kirkwall, settled on the Bay of Kirkwall on the East side of the island, and Stromness on the South West.

Kirkwall is the main (and most historically significant) town on the Orkney islands. With origins in ancient Norse time, it retains its character and history while being a great home to many places to stay, to eat and drink as well as offering shopping in supermarket, chain stores, and smaller shops. It also has plenty to see: 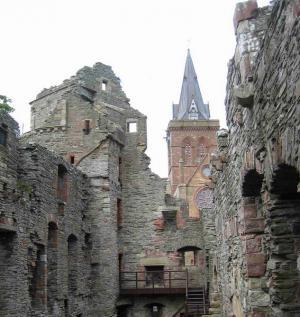 Kirkwall’s’ red sandstone St Magnus Cathedral is the most Northerly cathedral in Britain and is the stunning hub of the town which is visible from almost everywhere in Kirkwall. Viking-built in 1137 from locally quarried stone, then regularly adapted for the following 300 years, the cathedral belongs to the Orkney people, known as Orcadians. It contains the remains of St Magnus, son of a Norwegian King, as well as the more recent remains of John Rae, the nineteenth century Arctic explorer (he was born in Stromness), plus those of other local poets and notable figures. It incorporates a dungeon and interesting coloured stone patterned areas. The adjacent St Magnus Centre will tell you lots more, and also offers guided tours. St Magnus Festival (Magfest) is a huge arts event in the annual calendar bringing musicians to various venues on the island (and the smaller Orkney isles) from all over the world. So, if you’re coming to Magfest, make sure you book your accommodation well in advance! 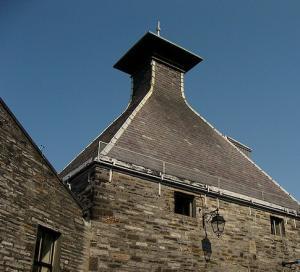 This distillery, which offers visitor tours, is the most Northerly in the UK and is a perfect place for malt whisky lovers to visit, situated just outside the town centre. Originating as an illegal still hidden beneath a church pulpit, the distillery has come on since then! It is of typical eighteenth century design and gives birth to a great twelve-year-old peaty malt (made, of course, from local peat). Tour the visitor centre and visit the shop to find out more.

Opposite the cathedral is Tankerness House – a sixteenth century Laird’s house, now home to The Orkney Museum covering history from the Stone Age till the present day. Crammed with Pict and Viking artefacts, this museum offers some traditional styled walled gardens to stroll round too. South of the cathedral are the Bishop’s and Earl’s Palaces, dating from twelfth and sixteenth centuries – the Bishop’s is considered the most accomplished piece of Renaissance architecture in Scotland. And why not fit in a trip to the fascinatingly tiny Wireless Museum while you’re here?

Kirkwall’s facilities link Mainland with the other Orkney Islands (Shapinsay, Westray, Stronsay and Sanday), as it is the major terminal for Aberdeen ferries, and also is home to Orkneys’ main airport.

If you’re arriving by plane, the airport is only three miles to the East of Kirkwall and is about a five minute drive away. There are regular bus services to and from Kirkwall or for more freedom it’s easy to hire a car from the airport.