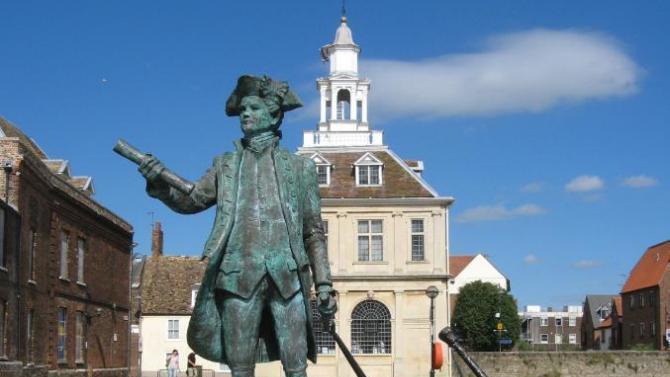 Heritage Wash port King’s Lynn in North Norfolk is a breathtaking waterfront location with a charming quayside along the Great Ouse lined with historic boutique hotels, B&Bs, cafes and heritage buildings like the Old Custom House. A cultural centre with a Norfolk market town flavour, you’ll find a superb choice of independent historic hotels with in-house restaurants and function rooms and a wide choice of pretty B&Bs including charming tearooms with bed and breakfast accommodation. Ample choice of character holiday cottages and bungalows sit in and around the Wash port. 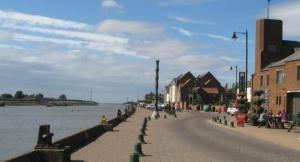 King’s Lynn Waterfront on The Wash

You’ll be amazed by King’s Lynn’s heritage architecture from Medieval Guildhalls and churches to Georgian and Edwardian hotels, a Victorian Corn Exchange and even a Tudor quayside warehouse! King’s Lynn’s history pushes right back to the 13th Century when Lynn was a mighty seaport and market town with links to the Hanseatic trading league of Northern Europe. Wool was the major trading item but by the 16th Century links with Germanic Hanseatic partners had diminished, and trade had moved on to Newcastle and London. For a Medieval moment however King’s Lynn was one of the most powerful ports in England and today the town is one of the few members of the New Hanseatic League.

Find out more about this fascinating history at The Green Quay Wash Discovery Centre on the quayside and take a tour of the spectacular heritage waterfront around Purfleet Quay with old Custom House and statue of the town’s own Captain George Vancouver, a Royal Navy officer famous for his early exploration around Canada’s Vancouver.

Stay in King’s Lynn during one of its many arts festivals and choose a King’s Lynn historic hotel or guest house for year round breaks touring the North Norfolk Coast, the Fens, inland market towns and nearby Cambridge. Find boutique accommodation in King’s Lynn and book online.

Enjoy a real glassmaking experience at the Caithness Crystal Visitor Centre in King’s Lynn which has free admission and ample free parking adjacent. An all weather attraction, the centre offers the opportunity to have a go at glass blowing. A gift shop, restaurant and coffee shop are all on-site.

The history of King’s Lynn, orginally known as ‘Lin’ stretches much further back than the Hanseatic period of maritime trade links. The Lynn Museum contains unique 4,000 year old timbers forming part of the ‘Seahenge’, a Bronze Age circular monument which once stood in the area. There are similarities with this ancient Bronze Age monument to the remains of the ritual Bronze Age monument at Flag Fen near Peterborough. 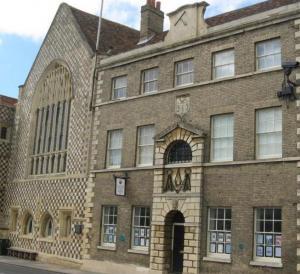 First port of call on the King’s Lynn heritage trail is the historic Custom House on Purfleet Quay designed by local architect Henry Bell and built in 1683. The Custom House is home to King’s Lynn Tourist Information Centre where you will find a range of themed history tour leaflets on the Wash port including the Hanseatic trail, Maritime and Pilgrimage trail.

There are many breathtaking historic buildings in King’s Lynn so it’s well worth calling in here first for the trail guides. The statue near the Custom House is of Captain George Vancouver (1757-1798), a British Royal Navy Officer born in maritime King’s Lynn famous for his explorations of Vancouver and the Pacific region.

Other spectacular historic buildings include the Grade I listed 15th Century Gateway which you’ll pass on entrance to the town. King’s Lynn town centre is a treasure trove of narrow cobbled lanes, heritage market places, medieval merchant houses and a spectacular King’s Lynn Town Hall, formerly the Trinity Guildhall dating from 1421. Historic churches include the impressive central St Margaret’s Church founded in 1101, partly rebuilt in 1741 when a gale blew the spire onto the nave and aisles.

The Tales of the Old Gaol House attraction is housed within the town’s old goal constructed in 1784 and features original cells. There are fine Tudor buildings in King’s Lynn like Thoresby College beautifully restored by the King’s Lynn Preservation Trust. Merchants houses like Hampton Court date from the 14th Century and Hanse House is a Hanseatic Warehouse dating from 1475. Start your exploration of King’s Lynn’s historic buildings at The Green Quay Wash Discovery Centre on South Quay, a former 16th century warehouse which today houses a fine cafe and exhibitions on The Wash and local history.

King’s Lynn is a great Norfolk festival town hosting several festivals annually including the big mid-July King’s Lynn Festival of Music and the Arts which attracts huge crowds and Literature and Poetry Festivals which profile some of Britain’s finest poets and authors. 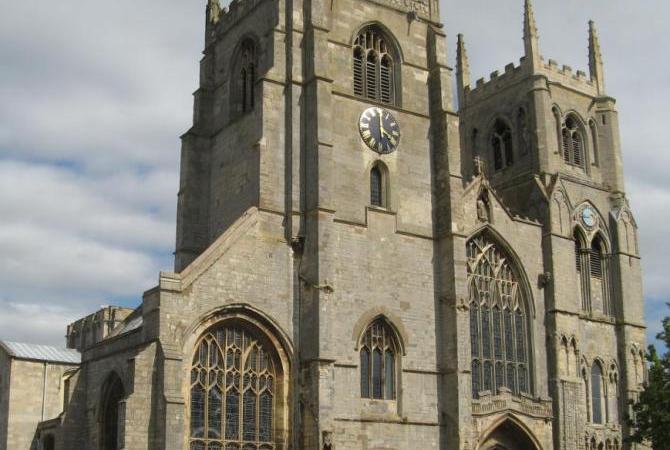