Walking along the White Cliffs of Dover coastal path

Famously known as the ‘Garden of England’, Kent contains some of Britain’s most beautifully crafted gardens around the Weald like Sissinghurst Castle Gardens, . Magnificent World Heritage Sites in this South Eastern County include Canterbury Cathedral and the St Augustine Abbey ruins. Around the coast sit award-winning beaches, particularly around Kent’s Thanet coast in the far north eastern corner of the region where you will find glorious sandy beach bays like Viking Bay at Broadstairs and Margate’s endless golden sands.

Long a gateway in to England for friend and foe, defensive and decorative castles are across the coast and country landscape, with most famous ones including Dover, Rochester and the beautiful stately home estates of Leeds Castle near Maidstone and Hever Castle, a former home of Anne Boleyn with fun family jousting events every summer!

Maritime and navel heritage is strong around the coast with highlight attractions including The Historic Dockyard Chatham and don’t miss a stroll along one of Britain’s most beautiful Georgian Street – The Pantiles in heritage spa town Royal Tunbridge Wells. 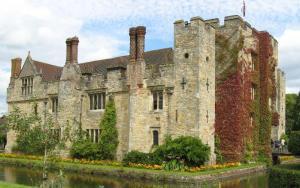 Tours of two heritage homes in the Sevenoaks area, one a family home and one an ancient family estate both with spectacular gardens, are not to be missed on any visit to the region. Chartwell at Westerham was the much loved family home of Sir Winston Churchill and his wife Clementine whilst glorious Knole House with surrounding gardens and deer park is the famous stately home estate of the Sackville Wests.

Kent is also famous for its fine beers and hopping heritage. Real ale fans should head to Faversham in North Kent, home to Britain’s oldest brewery Shepherd Neame with tours and shop. If you are exploring the region the many iconic cone shaped Oast Houses will catch your eye. These were once used to store hops and grain. Discover Kent’s hopping and rural heritage at great family fun museum experiences like Kent Life near Maidstone.

This is a vibrant county rich in local produce and with an eclectic year round programme of festivals, events and some of the country’s biggest agricultural shows including the showcase Kent County Show annually in mid-July at the mammoth showground near Maidstone. 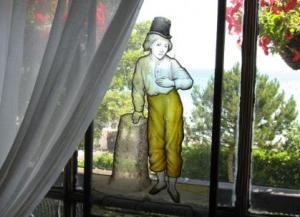 The Dickens House Museum in Broadstairs

The county’s literary son is Charles Dickens who although not born in Kent, lived here in Chatham at Ordanance Terrace from aged 5 to 10. These were 5 particularly happy years for Dickens when the family was relatively prosperous, and the region remained an inspiration through his life, with buildings and locations featuring in his novels. Dickens returned to Kent in later life, purchasing Gad’s Hill Place at Higham on the Medway – he died here in 1870.

Kent pays due homage to Dickens at the Dickens House Museum in Broadstairs and annual Dickens Festivals are held every summer in Broadstairs and Rochester. You will also find no better introduction for children to Dickens than ‘Dickens World’ at Chatham with interactive Grand Tour of a recreated Victorian England depicted by Dickens in his books.

Kent and England’s south east corner is one of the most accessible regions in the country, located just 30 minutes from London and featuring excellent road, rail and bus networks all well connected to the capital. Kent is also just a quick hop across the channel via fast Eurostar rail services to Ashford International and Dover ferry services.

Two major motorways, the M2 and M20 cut through the heart of the region, affording easy access via motorway exits to major towns and heritage city hotspot Canterbury. Trains into Kent run from numerous London stations including Victoria, Waterloo East, London Bridge and Cannon Street. Southeastern trains also offer great rail links into Kent from the wider south eastern area and you can pick up a regular National Express coach service from London Victoria coach station into the region. 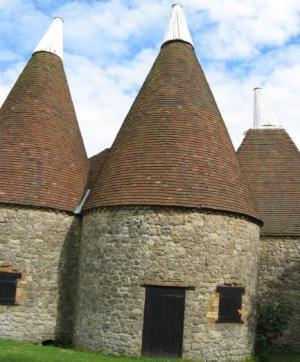 Kent’s warm welcome extends to all with its exceptional variety of accommodation ranging from unique luxury experiences to great value coast and country holiday and caravan parks, cosy seaside B&Bs and a string of quality chain hotels. Choose from hundreds of character cottages in the region. Fabulous quirky fisherman’s cottages, old coaching houses, Oast House and lighthouse holiday homes are all feature in the area.

Treat yourself to one of Kent’s many luxury spa escapes – either in a modern luxury leisure hotel or in a stunning country manor house hotel set within extensive grounds. Stay in B&Bs and self-catering accommodation with an iconic view of the White Cliffs of Dover or Canterbury Cathedral, or book into one of Kent’s many heritage inns with rooms. Quirky, unique and award-winning places to stay aren’t hard to find in England’s great south east coast, country and heritage corner – book online or direct with iknow.