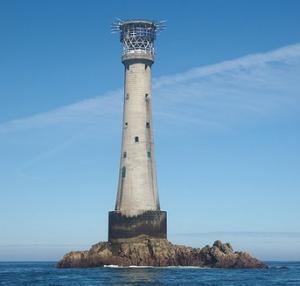 Exploring all the islands in the Scilly archipelago is easily done via boat trips, with the most frequent boat trips running from St Mary’s capital Hugh Town. Tresco, the second largest of the Scilly Islands is home to the beautiful subtropical Abbey Gardens. St Agnes, the most South Westerly of the islands, is a peaceful retreat, with many birds, flowers and butterflies. Great coastal walking is on St Agnes which has a marked coastal path and selection of fine beaches. A mecca for birdwatching holidays, great Scilly birdwatching trips include a day trip to Annet to view the puffins which nest on this bird sanctuary island in April. St Martin’s is superb for diving and snorkelling, and also has magical beaches, particularly around St Martin’s Flats and Lawrence’s Bay. More beautiful beaches abound on Bryher at Rushy Bay, and see magnificent views of all the Scilly Isles from Watch Hill (considered the best viewpoint on the islands!). Other uninhabited islands easily accessed via boat trips include Samson with its two hills, little St Helen’s and Tean and the Western and Eastern rock outcrops.

Crystal clear waters around the Isles of Scilly 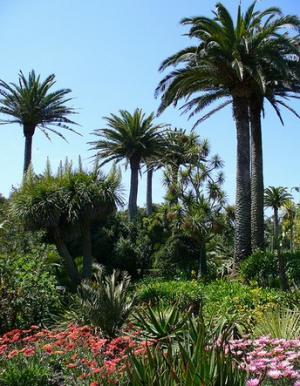 Tresco is a peaceful haven (no cars here) and the biggest of the off islands at two miles by one mile. Tresco is particularly sheltered, largely due to the island’s position between St Martin’s and Bryher, and is one of the most popular Scilly Isles for day trips, home to the glorious subtropical garden – Abbey Gardens which is spread around a Benedictine Priory. The gardens date back to 1834 and contain a huge collection of exotic plants from around the world. Discover some rare palms and cactus here, which wouldn’t survive on the UK mainland. A unique sheltered design, Augustus Smith built tall wind breaks to protect the plants at Tresco gardens which include bananas, yuccas, Chinese paper plants and the striking red-flowered Xeronema callistemon which first flowered here on Tresco in 1999. Look out for the great bronze carvings by David Wynne.

Explore the 12th century priory ruins of St Nicholas on Tresco and Tresco Abbey, built much later by the Duchy of Cornwall in 1834. Tresco remains in private hands and was originally purchased by Augustus Smith from the Duchy of Cornwall in the mid 1830s, and so it remains in the hands of the Smith family. Abbey Pool next to Abbey Gardens is a popular birdwatching site, as is the adjacent larger Great Pool with bird hide huts. One of the best of the islands for activity holidays and pamper breaks, Tresco offers great luxury spa facilities, boat share opportunities and a sailing centre. Tresco is where to learn something new and enjoy a unique holiday experience. Painting holidays, birdwatching getaways, yoga holidays and archaeology explorations are all available. Magical beaches on the island include Appletree and Pentle Bay, both of which are covered in pretty shells.

One of the most popular of the off islands is stunning St Martin’s, the most easterly of the inhabited islands. Many think it the most beautiful of all the islands. As flower growing is one of the main industries on the island you can see why. Brimming with colourful flora and beautiful beaches (some of the best in the UK), St Martin’s is famed for its dramatic landscapes and sublime views like the view from St Martin’s Head to the north east. Clear waters around the island offer excellent conditions for diving and snorkelling, and St Martin’s has a thriving arts and crafts scene. Spectacular beaches sit close to the main quay and include Par Beach and Lawrence’s Bay.

Beautiful St Agnes has its own distinct character and is covered in flowers. Renowned for its fishing, St Agnes is the most south-westerly island in the archipelago, with the most south westerly pub in the UK – The Turks Head, situated just off the main St Agnes quay where you can enjoy fine St Austell Brewery ales. Boats arrive and leave from the Quay at Porth Conger, and St Agnes features some pretty coastal walks, beautiful sandy coves and famous ancient sites including the great nine foot standing stone – ‘The Old Man of Gugh’.

Bryher is Celtic for ‘place of hills’ and is popular with birdwatchers, especially around Great Pool to the south of the island. Migratory birds head here to rest in Autumn. Bryher is rugged with a wild beauty, and great bathing at Rushy Bay to the South, a beach which is considered to be one of the best on the Isles of Scilly! Camping is available on Bryher near Norrard, and discover stunning coastal walking around Hell Bay – the Bay is also home to an award-winning luxury hotel. Watch Hill on Bryher is one of the best viewpoints on the Isles of Scilly. 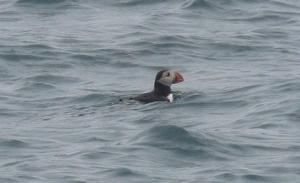 To the west of St Agnes is the bird sanctuary island of Annet and the cluster of Western Rocks. Annet is famous for its puffins who breed annually in April, and nest in burrows in the cliffs. The Puffins, or Auks, have usually all disappeared by July. They are preyed upon by the huge Great Black-backed Gull common on the Scilly Islands. Numerous boat trips and birdwatching holiday tours are available on the Scilly Isles, usually incorporating a boat trip to Annet. Western Rocks alongside Annet are where many a ship has run aground! A choice of boat trips run around the Western Rocks, many of which include a view of iconic Bishop Rock Lighthouse.

The Eastern Isles of the archipelago are steeped in legend, with one islet around the Great Arthur area thought to be the possible grave site of King Arthur in the 6th Century. Bronze Age graves have also been discovered here. The Eastern Islands also see some puffins and seals. Other points of interest include findings of Roman jewellery and the foundations of a Roman house at Nornour.

Samson is one of the largest of the outer islands, famous for its two hills which are connected by a sandy isthmus. Samson was once inhabited, until residents were evacuated in 1855. Several ruined cottages still sit on the island. Discover Samson’s beautiful beach just below North Hill. The island also features some fascinating ancient prehistoric remains. St Helen’s and Tean to the west of St Martin’s are popular for day trips. On St Helen’s is a 10th century oratory. There are annual pilgrimages to this building at the beginning of every August. Also on St Helen’s are the 18th century remains of a granite and brick pest house. This was supposed to have been used to house suspected plague suffers on passing ships, but was never used. Tean too is accessible via a boat trip and has some glorious sandy beaches.