Inland Hampshire is covered with some of England’s prettiest countryside. Over to the east the South Downs National Park pushes into Hampshire where rolling chalk downland contrasts with the rich hanger woodlands. The towns and villages often stem from historic market towns that are rich in listed buildings such as Winchester, Stockbridge and Petersfield. Some have modernised and are now main shopping and business centres like Basingstoke and Andover.

There is plenty to see and do with military museums at Winchester, Aldershot and near Andover. Every two years Farnborough hosts the International Air Show drawing in thousands from all over the world to see the flying and aerobatic displays. It’s this part of Hampshire that Jane Austen loved so much and where she wrote her best work in Steventon and Chawton near Alton. An extensive network of footpaths and cycle ways makes it easy to explore Hampshire’s inland downland, or take a leisurely steam train ride on the Watercress Line near Winchester beginning your journey at either Alresford or Alton. 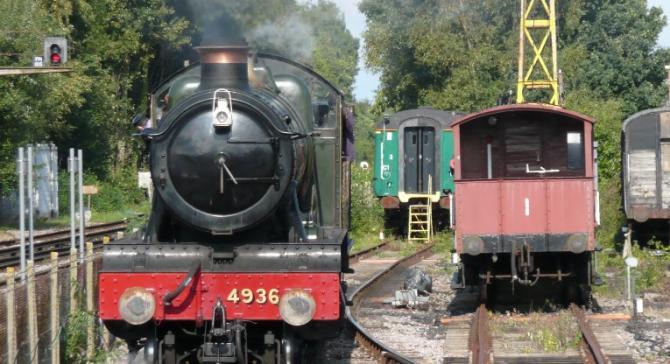 The Watercress Line at Alton

Winchester is one of Hampshire great historic county towns with many of its timber framed medieval buildings and Georgian fronted properties surviving intact. Winchester Cathedral and Winchester College are magnificent examples of medieval and Gothic architecture. The mostly pedestrianized centre contains many cafes and an excellent mix of high street and independent shops.

Andover is the main centre in the rural Test Valley in the north west of Hampshire with a wide range of shops, inns, restaurants, parks and good transport links. The town sits alongside the River Anton and pleasant riverside strolls take in heritage watermills. Town trails also guide your around central historic sites and modern open air performance spaces like The Andover Time Ring, a mosaic documenting key events in the town’s history where you’ll often see a live performance or event. The beautiful countryside and chalk downland of the North Wessex Downs AONB sits just north of Andover and the clear waters of the chalk river Test, famous for its trout fishing, is to the west. You can explore the area by picking up the Test Way walking route which passes through several villages in this part of Hampshire, all the way down to the fringes of the New Forest and Southampton Water in the south.


Places to Stay in Andover 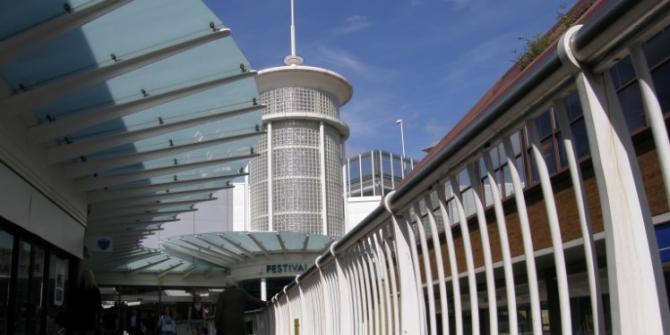 Basingstoke is a large town and the main centre in North East Hampshire containing a wide range of leisure and entertainment amenities including shopping centres, a leisure park, Aqualand and a Living History Museum. Theatres and concerts halls include The Haymarket and The Anvil, and Basingstoke has a good choice of clubs, bars and inns. Around this large centre you’ll find some grand historic sites including National Trust properties like The Vyne, a Tudor country mansion. In the far north east sits Silchester and the remains of the Roman City featuring some of best preserved Roman defensive walls in the country.

The internationally renowned Farnborough Air Show is one of Hampshire’s biggest and most popular events taking place every two years at Farnborough Airfield. Highlights include the many aerobatic and flying displays of historic and modern aircraft as well as the breathtaking aerobatics of the famous Red Arrows. Farnborough was the location for the first British powered flight by American Samuel Franklin Cody and you can find out more on this at the Aldershot Military Museum. Aldershot has been home to army base camps since the mid nineteenth century, and the Military Museum traces the military history of the Aldershot, Farnborough and Cove areas as well as displaying a collection of field guns and military vehicles. The big event of the year is the Aldershot Army Show, a military tattoo that stems from displays of military force for Queen Victoria on her Diamond Jubilee in 1897. In fact this was the main military spectacle in Britain before the Edinburgh Tattoo was established.


Places to Stay in Aldershot

Petersfield in the heart of the Hampshire South Downs and Alton on the northern edge of the National Park are popular centres for walking and touring the South Downs. Petersfield hosts regular markets and festivals including a food and music festival and pretty Georgian market town Alton is an ideal base from which to visit Jane Austen’s house at nearby Chawton and to access the Watercress steam railway line. Jane Austen was most at home in her beloved Hampshire and she produced some of her best work whilst living in Steventon and Chawton near Alton. The latter period of her life was spent in her house at Chawton where she lived with her sister and mother for 18 years. Jane and Cassandra used to take a daily walk to Alton where they would shop and visit their brother who ran a bank. The villages of Alton and Chawton have their own Jane Austen trails and the house in Chawton is now the Jane Austen House Museum.