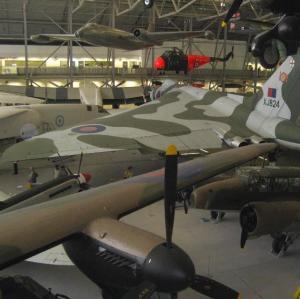 The award winning Imperial War Museum Duxford located south of Cambridge just off the M11 at RAF Duxford, is the most complete World War I and II airfield in the world offering an unforgettable visitor experience for all the family. Modern interactive galleries mingle with a breathtaking display of historic aircraft housed in huge original hangars. The IWM Duxford site is vast, but incredibly easy to navigate with well signposted themed galleries and aircraft hangers, plus flight simulators and smaller galleries dotted around the airfield. 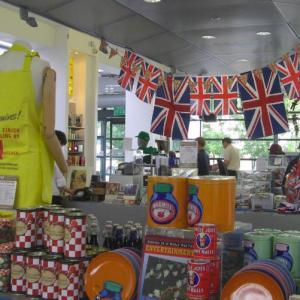 AirSpace housed within a vast aircraft hall takes you on an interactive journey through the history of flight, the development of commercial flights and the role Britain and the Commonwealth have played in the history of aircraft. Over 30 iconic aircraft from the Spitfire to Concorde are on display here and visitors can actually walk through Concorde and view the interior. 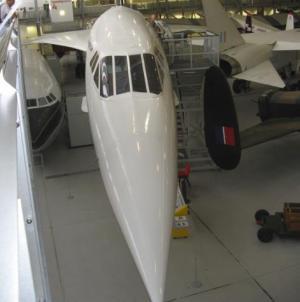 A favourite with children and adults alike, AirSpace is a great learning area featuring a central timeline exhibit detailing the history of flight from the Wright Brothers first flight through to wartime aircraft, the commercial holiday flight boom and high tech aircraft development today. Key pioneers are identified including Harriet Quimby who in 1912 became the first woman to fly across the English Channel.

Aircraft hangers each have their own unique themes. In Hangar 2 historic aircraft on show include the Supermarine Spitfire MK XIV, the fastest wartime model of legendary World War II fighter the Spitfire. The North American Mustang, a long-range fighter which played a crucial role in defeating the Luftwaffe in World War II is also on display here. Each of the historic aircraft have an explanatory information board adjacent. Hanger 3 houses historic air and sea exhibits. 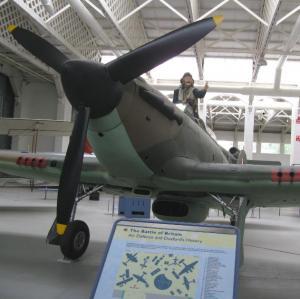 Highlight exhibition in Hangar 4 is The Battle of Britain exhibition. Film, photography, artefacts, aircraft and exhibits like the Anderson Shelter combine to tell the comprehensive story of The Battle of Britain experienced from the air and on the ground by civilians. Particular attention is given to the devastating bombings of British cities by the Luftwaffe from September 1940 to May 1941.

The museum trail continues on to Hangar 5 and the ‘Conservation in Action’ area, in area 6 the 1940 Operations Room – the original RAF Duxford 1940s Operations Room, in 7 The American Air Museum and finally in 8 the Land Warfare area. More details on each of the gallery areas at Duxford can be found on the website. As well as the indoor hangars, many historic aircraft sit outside on the Duxford airfield, some of which you can usually see in action on any visit.

The history of Duxford Airfield is explored throughout the exhibition hangers which feature early First World War photography of Duxford Airfield. Duxford was famously the first RAF station to operate the legendary Spitfire. The airfield also played a crucial role in the Battle of Britain and as a US Army Air Force fighter base.

The beginnings of Duxford’s development date back to 1917 to 1918 when the site was chosen specifically to train new pilots for the RAF. During the First World War there were around 850 men and women working and living here at the airfield – some World War I buildings like the ‘Belfast Truss’ hangars 3, 4 and 5 have survived on the airfield.

Inventor of the jet engine Frank Whittle flew frequently from Duxford in the 1930s whilst he was studying engineering at Cambridge University. During the Battle of Britain in World War II Duxford became a sector station of No. 12 Group, Fighter Command and was the home of the ‘Big Wing’ of 5 squadrons which were led by famous Squadron Leader Douglas Bader. As well as British pilots, there were Polish, Czech and Canadian pilots in squadrons flying from Duxford in the Battle of Britain. Pilots were battling in new Spitfires and Hawker Hurricanes. 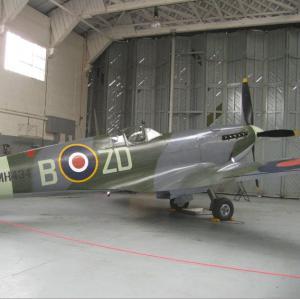 East Anglia was a concentrated area for military airfields during the Second World War. At the end of the war in 1945 there were 120 airfields across the east and southern areas of England. Many of these airfields, including Duxford, housed large numbers of US Army Air Forces (USAAF). The American Air Museum in gallery 7 is home to the largest collection of historic American combat aircraft outside of the US.

After the Second World War Duxford was updated and became a base focused around defence against potential Soviet bombing during the Cold War. In 1968 the airfield featured in the film ‘The Battle of Britain’. In the early 1970s the Imperial War Museum obtained permission to store historic aircraft here, and Duxford began its journey towards becoming the outstanding modern museum you see today.

Air shows and events here always draw huge crowds. Air shows at Duxford are a unique opportunity to see many historic aircraft like the Spitfire in flight. Special centenary air shows and themed air shows run regularly through the year (see the IWM Duxford website for dates and details). Family activities like ‘Meet the Veterans’ also take place regularly. Special events include classic car shows, tank rides and demonstrations. Visitors can also enjoy special themed tours and talks from Battle of Britain Tours to tours of usually unseen areas around the Airfield. A programme of temporary exhibitions also feature all year round.