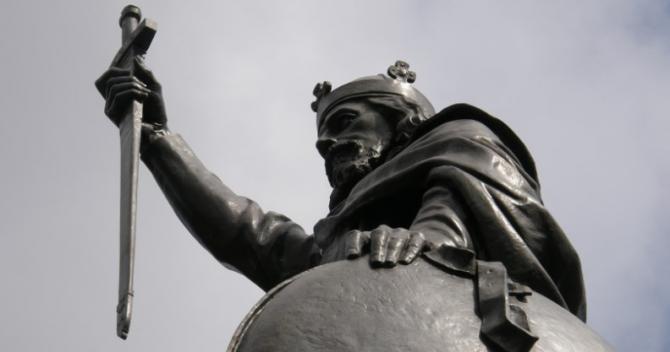 England’s ancient capital is a paradise for lovers of historic architecture. The three medieval icons – Winchester Cathedral, Wolvesey Castle ruins and The Great Hall are essential visiting. The city also contains many other medieval gems including Winchester College founded in 1382 which offers guided tours. The Hospital of St Cross dating from 1132 is just a 20 minute stroll from the city centre and one of Winchester’s great hidden treasures with magnificent medieval architecture and peaceful flower gardens. 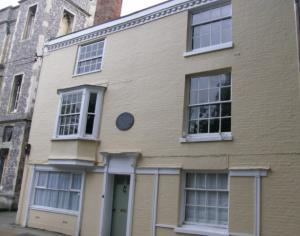 The earliest settlement in Winchester was at St Catherine’s Hill where evidence of an Iron Age hillfort has been discovered. Under Roman settlement defensive walls were constructed and Winchester became an important market centre known as Venta Belgarum. To the Saxons Winchester was the religious capital of the Kingdom of Wessex. The Saxons established Winchester Cathedral, moving the bishop’s throne here from Dorchester in Dorset. When the Normans invaded, William the Conqueror built a castle on the hill to the west of the city. The Domesday Book was compiled and written in Winchester, although the town itself didn’t feature until much later. By the twelfth century Winchester was the second largest town in England and was highly developed with a population of 8,000. By the thirteenth century there were fifty seven churches within its walls.

A tour of magnificent Winchester Cathedral which began life in the seventh century as a small Saxon church is a highlight to any city visit. The cathedral famously has the longest medieval nave in Europe and attracts thousands of visitors annually. Guided tours including tower top tours are available and not to be missed is a view of The Winchester Bible, the tombs of old English kings and the author Jane Austen and a view of the cathedral crypt with Antony Gormley’s evocative statue, Sound II. The extensive ruins of Winchester (Wolvesey) Castle adjacent to the Cathedral are actually the remains of a luxuriant Bishop’s Palace. The powerful bishops of Winchester once owned great swathes of land from Somerset to London and Wolvesey was their old Bishop’s Palace. There are fascinating examples of early medieval plumbing here.

Kingsgate Street has some good examples of Georgian architecture with 8 College Street nearby being the house where Jane Austen lodged just before she died. The arts have played an important part in Winchester’s history with several notable authors and poets having visited the city including Jane Austen and John Keats who wrote "An ode to Autumn" during his stay in Winchester in 1819 where he drew inspiration from his daily walks through the Cathedral Close to the water meadows and St Cross.

Winchester is steeped in Arthurian legend and to find out more visit one of the world’s finest medieval aisled halls – The Great Hall dating from the 13th century. The Great Hall sits at the top of the High Street just past Westgate and is famously home to the Arthurian Round Table which has sat here for over 700 years. The table was actually constructed for Edward I who was rather keen on Arthurian legend himself. The Hall was the first of its kind, incorporating light and fine furnishings. It’s typical of early English Gothic architecture with columns made of Purbeck stone from Dorset and high timbered vaulted ceilings. The walls were plastered and painted using bright colours, and The Great Hall was used by King Henry III to discuss affairs of state and to administer justice. The fabled Round Table associated with the legend of King Arthur is 5.5 metres wide and weighs a hefty 1200 kg. It bears the names of the twenty four knights including the most famous Sir Galahad and Sir Lancelot.

Winchester College was established in 1392 and is the oldest continuously running school in the country. It is another of Winchester’s stunning architectural buildings. The medieval core of the College is what attracts visitors, with its original medieval cloister, the fourteenth century Gothic chapel that contains one of the earliest examples of a wooden vaulted roof. Sir Christopher Wren is thought to have designed the red brick schoolroom in the seventeenth century.

Winchester City Museum contains a wealth of prehistoric, Roman, Saxon, Norman and more recent 19th and 20th century artefacts. Audio guides are available in several languages and admission is free. The museum is open daily throughout the year. Adjacent to The Great Hall and on the former site of the Royal Castle, is Peninsula Barracks which now houses a collection of no less than six military museums! The site has been the location of an army for 2,000 years since the Romans built an encampment here. The former Guardhouse now serves as a Visitor Centre. The museums tell the history and stories of the Royal Gurkhas, the cavalry regiments of The King’s Royal Hussars including the Charge of the Light Brigade, The Light Infantry which was involved in the fall of the Berlin Wall and the Gulf War, The Royal Hampshire Regiment Museum, The Royal Green Jackets and their role in the Battle of Waterloo and The Adjutant General’s Corps.

The Royal Hampshire Regiment Museum is housed in the handsome eighteenth century Georgian Serle’s House and displays a collection of battalion colours, medals, paintings, uniforms and battle trophies. The Gurkha’s Museum details the history of the Nepalese Gurkha’s loyal and courageous service to the British Crown whilst The Adjutant General’s Corps Museum focuses on the history of military policing and corrective training, education, law and women in the Army.

Grade 1 Listed monument Westgate on High Street is the last of Winchester’s great medieval town gates, and contains a small free entry museum. Exhibits explore the history of the gate as debtors prison – you can still see the prisoner’s graffiti on the walls. Other exhibits include a Tudor painted ceiling from Winchester College, weapons and armour.