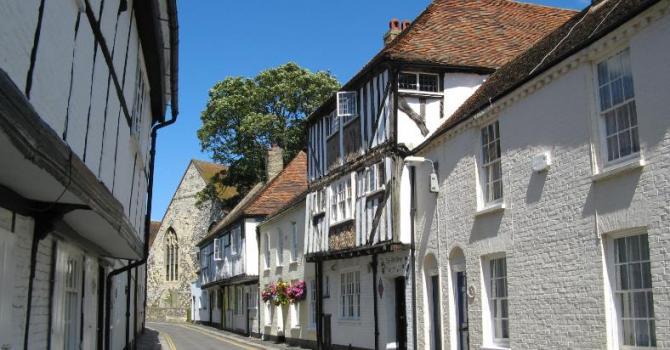 The five original Cinque Ports around 1050 were Dover, Sandwich, Hastings, New Romney and Hythe, with ‘limb’ towns like Winchelsea, Rye and Deal supporting the main Cinque Ports from the 12th century. Walmer Castle near Deal is still the official residence of the Lord Warden of the Cinque Ports. Together these power ports provided ships and manpower to King Edward the Confessor – essentially Britain’s only defensive fleet. The name ‘Cinque’ is after the French word for five and is pronounced ‘sink’. Only Dover today retains its stature as a working port. 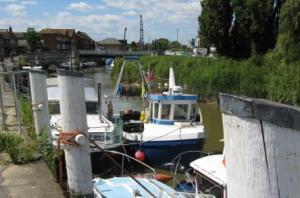 Sandwich, one of the original five Cinque Ports in Kent, is today a Conservation Town with a large number of surviving Medieval and Georgian buildings and a charming quayside flanked by Medieval buildings including the Barbican, Tollbridge and Fishergate.

Pick up a boat trip along the River Stour and explore the town’s heritage trail winding around a network of old narrow streets. The Guildhall Museum is on Cattle Market and you’ll find the UK’s longest stretch of timber-framed buildings on Strand Street.

Long House, Manwood Court and the King’s Lodging date from the 16th century and you can explore some of the remains of the old town walls -The Butts, Ropewalk and Millwall. Pick up town trail guides from Sandwich TIC at the Guildhall. 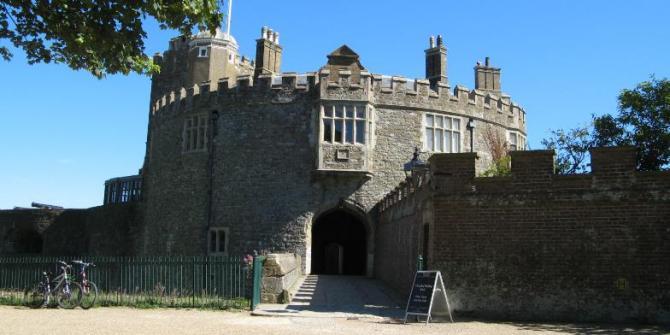 By the 12th century the original five Cinque ports were unable to service all the Crown’s demands so ‘limb’ towns including Deal (serving Sandwich) and others including Winchelsea and Rye sprung up as support. In the age of wind, tide and sail power the stretch of water around Deal was a busy anchorage point. Winds that brought ships up the Channel past South Foreland would not always take vessels on and round the North Foreland stretch. Ships then had no choice but to anchor at Deal awaiting favourable winds. Lower Deal grew up to serve the increasing volume of shipping.

From the mid-15th century, after the silting up of the Stour Estuary closed the Wantsum Channel, a favoured inland crossing route for the Romans, Deal really began to take off . Deal, Walmer and Sandown Castles, built by the order of Henry VIII, made the Downs waters a particularly safe and well defended anchorage. Find out more at the Deal Maritime Museum. 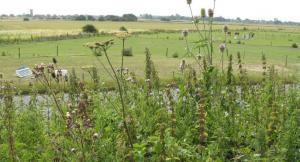 Romney Marsh – reclaimed from the sea over centuries

Before the great medieval storms the whole of Romney Marsh was underwater. The great storm of 1287 almost destroyed New Romney, filling the harbour and town with mud, sand, silt and debris. New Romney today is about a mile and a half inland, when once it was a seaport.

Hythe was one of Kent’s first Cinque ports – its name derives from the old English world Hithe meaning landing place. The two castles of Lympne and Saltwood were built nearby to defend the port town. Find out more on how Romney Marsh has been reclaimed from the sea over centuries at the Romney Marsh Visitor Centre.

The old Kent Cinque Ports and ‘limb’ towns offer a wealth of accommodation to suit all. Many like Deal and the Romney and Hythe areas are popular family holiday bases close to great beaches. A wide choice of cottages and holiday/ caravan parks are available in these areas. Base yourself in the beautiful old Cinque port of Sandwich and choose from a selection of award-winning heritage B&Bs and hotels as well as numerous character cottages with original features. Explore Kent’s historic Cinque Ports and book online with iknow.