Glasgow Things to Do and See 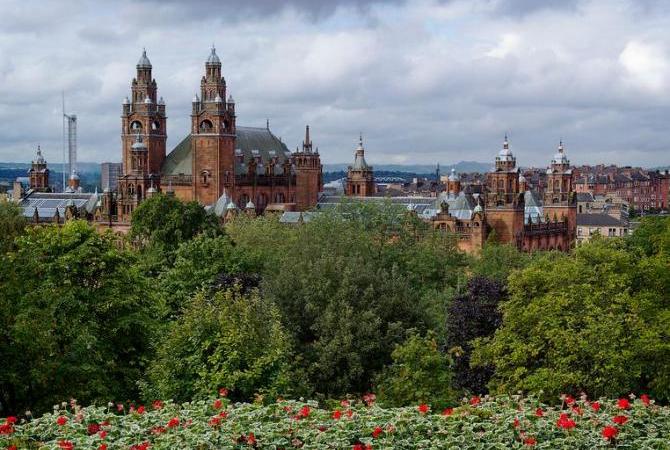 Visitors to Glasgow city centre are really spoilt for choice, so their time in this city centre will never be either dull or samey. Glasgow is the most populated city in Scotland, and is vibrant, exciting and full of culture and life. From George Square, around and within which stand public statues, large buildings and from which the main shopping area can be reached, to the old docksides, the galleries and museums, this complex and friendly city welcomes visitors with open arms to both its past and its future. 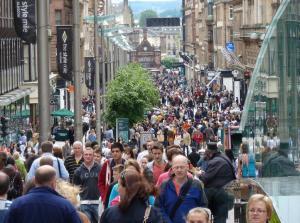 Shopping, a hugely popular tourist activity, is alive and well as an art form in Glasgow! The city’s ‘Style Mile’ of streets and malls concentrating on high end designer goods meld beautifully with high street stores and more budget shopping too. Be sure to bring your credit card!

Glasgow’s enormously wide range of museums (from science to classical and modern art and many in between), and its skill at the facilitation of festivals (modern art, Celtic culture, pride, books, science, river, film, African film, acoustic music, jazz, and even local district festivals) truly put Glasgow on the map as a cultural and festival city.

Sport and the Outdoors

Glasgow’s two major football teams, Rangers and Celtic, both make their homes in this lively city which is full of other sporting venues too – especially now the Commonwealth Games have put their stamp on many of the city’s sports facilities. It’s great to watch a match or take a look at the massive stadiums, but you can also get involved too. Glasgow has some great parks and gardens both within the city and on its outskirts (there are over ninety within its boundaries alone, including the Botanic Gardens!), and has superb gym and leisure facilities (the city is dotted with privately and council run gyms and leisure centres). Pollok Country Park and Bellahouston Park are both brilliant places to visit for fun family days out. 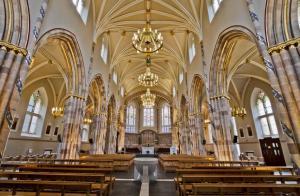 The city’s industrial heritage is still in evidence all around, but its rich diversity is also fascinating. Twentieth century and Victorian architecture meld with (very) new award winning designs, to give the city almost a fusion atmosphere. Glasgow doesn’t have many medieval buildings still in existence (most of its buildings are post-Victorian) but the two that are accessible for visitors – St Mungo’s Cathedral and the Provands Lordship – are well worth a visit, as are many of the other architectural wonders scattered throughout Glasgow such as Glasgow’s Catholic Cathedral. Why not take a walking tour to learn more? Or take time out to visit the banks of the Clyde and take a boat cruise, or marvel at the Titan Crane – an engineering marvel from Glasgow’s industrial past?

From pubs, clubs, cocktail bars and nightclubs to comedy clubs, theatres and cinema, not to forget cafes and restaurants, the whole of Glasgow is rich in nightlife, and the West End of Glasgow is justly famous for its entertainment district.