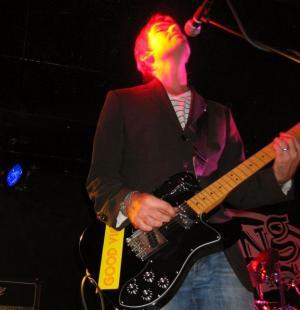 The Glasgow nightlife scene is cutting edge – Scotland’s centre for new up and coming live music bands, home to a funky gay scene around Merchant City and featuring legendary live music and concert venues as diverse as the ‘underground’ favourite The Arches to best classical music venue – the Glasgow Concert Hall. Whatever your nightlife preference, be it chic intimate bars, internationally acclaimed centres for film and theatre, themed jazz clubs or pumping dance nightclubs, you’ll find it here in Glasgow city centre.

Best NME small venue for live music, King Tut’s Wah Wah Hut in Glasgow has been a centre for new band talent since its opening in 1990 – names appearing early here include Pulp, Radiohead, KT Tunstall and many more. The cavernous world of clubs, arts centres and bars around The Arches on Argyle Street underneath Central Station is another Glasgow hotspot for best new bands and DJs, off the wall theatre performance and boundary pushing visual art.

For the best of Glasgow film, head to the Glasgow Film Theatre on Rose Street with chic in-house caf

Take in a show at classic theatres like the Theatre Royal Glasgow and the independent theatre gem, The Pavilion Theatre, an old Glasgow music hall dating from 1904. The beautifully refurbished Art Deco O2 Academy in Glasgow attracts legendary names from the world of rock, dance, pop and comedy. Experience to best of live music and performance in Glasgow and visit during one of the city’s year round festivals from The West End Festival to the Comedy Festival and Glasgow Jazz Festival in late June. Book Glasgow accommodation online now!