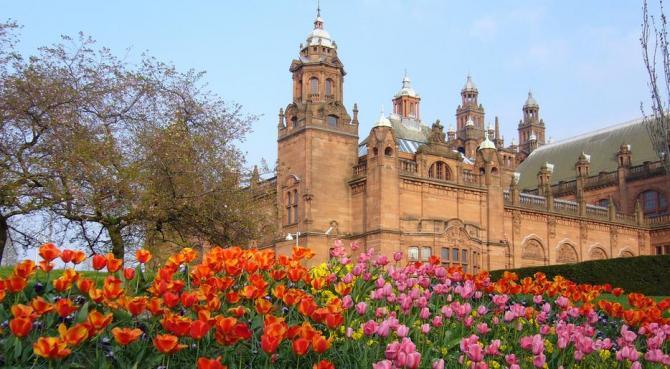 Glasgow is proud to be host to some very significant major museums which attract visitors time and time again with their permanent exhibitions and changing timetable of events and short-term exhibits:

This is Scotland’s most frequently visited free attraction, and is home to Glasgow’s main art (painting) collections, but the museum itself is wonderful in its own right. With exhibits ranging from dinosaurs, natural history, armoury, Egyptian collections, Scottish history and archaeology to many other items of world culture, they also even house a real spitfire plane!

With its collection of trams, locomotives and a reconstruction of a 1930s street, the imaginatively displayed exhibits housed in a brilliantly contemporary setting will appeal to all! 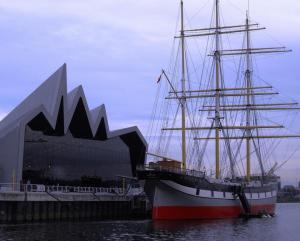 The Burrell Collection consists of a gallery built in Pollock Country Park (a gorgeous woodland setting) to house the unusual, spectacular and massive collection of over 8,000 artefacts which Sir William Burrell gifted to the city.

This vast collection includes exhibits from Greece, Rome, Egypt, China and from most of the world. Incorporating paintings and art from various different traditions, religious medieval art, Islamic weaving, metalwork and ceramics, the list continues to encompass stained glass, stone art and tapestries. There’s so much to see in the clean and fresh, modern setting.

The People’s Palace is so aptly named, being all about the people of Glasgow from 1750 through to the millennium. Through a wide variety of different mediums, the story of the city and its people is told. The People’s Palace is magnificently set in Glasgow Green (a massive park on the North of the River Clyde), which is the oldest park in Glasgow.

This museum gloriously pays tribute to and educates on all religions of the world, not simply Christianity as you might expect from its name. Set inside a 1988 building of Baronial style with wonderful stained glass and a sympathetic design, the museum is a fascinating glimpse into other cultures, their understanding of their world, their art and their real lives. The museum cafe offers an opening out into the first Zen garden in Britain, which has got to be worth a visit in itself! Conveniently situated over the road from the Provand’s Lordship (see below) and next to the Glasgow Cathedral, visitors to one are advised to continue their tour to the other two attractions. 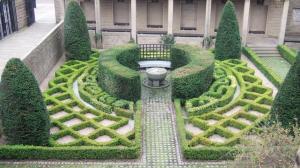 This is the oldest house in Glasgow, originally built in 1471 as part of a hospital. Its exhibits include seventeenth century furniture (donated by William Burrell) and royal portraiture, but the rooms themselves give tastes of the atmosphere of the 1500s and 1700s. Visitors are also encouraged to wander through St Nicholas Garden, a physic garden in the original style.

Designed by Charles Rennie Mackintosh, this school is now the Museum of Education and tells the visitor in displays and in interactive exhibits the story of education for the last 130 years. With many Mackintosh-created features in the stone works and staircases, there’s much to see in the building itself, never mind the museum. Visitors can experience Victorian, World War Two and 1950s/60s schooling in three reconstructed classrooms and are even encouraged to dress up as schoolchildren!

Glasgow also is home to a resources centre – the GMRC (Glasgow Museum Resources Centre) which must be booked but can be visited for free. It houses many of the archive artefacts which are not currently on display at the other museums.