Covering a huge 803 kilometers (300 square miles) of rural Lancashire and parts of North Yorkshire, The Forest of Bowland Area of Outstanding Natural Beauty forms part of the Pennine range and features a mixed landscape of forest and heather-clad moorland with ample opportunities for walking, mountain biking and fishing across the AONB. Essentially two parts, the AONB is split by the River Ribble, with outer areas including the Forest of Pendle in the south. Bowland is the first protected area in England to gain a European Charter for Sustainable Tourism

Pretty village centres include Wennington and Low Bentham in the North and Hurst Green in the South. Various large historic towns on the outskirts are popular bases from which to explore the area including the ancient castle towns of Lancaster to the north and Clitheroe surrounded by the Ribble Valley area to the south. Other great gateway towns containing a variety of B&B and self-catering accommodation include Barrowford, Settle, Longridge and Garstang. 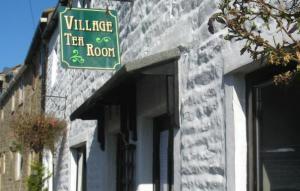 Historically a vast expanse of hunting ground, the Forest of Bowland has a vivid history and contains hundreds of listed buildings. Popular heritage sites include Clitheroe Castle and Whalley Abbey, and the Bowland and the Ribble Valley areas are famed for their local produce, with Michelin Star restaurants, fine old inns, wholefood and organic cafes and a host of best markets are all plentiful.

Pendle Hill is one of the most iconic hills in Lancashire, linked with the infamous Pendle witch trials in the 17th century and the formation of the Quaker movement. The hill is incredibly popular with walkers as it’s suitable for most abilities.

Start your walk up Pendle Hill in the village of Barley, just a few minutes away. Alternatively set off from Newchurch-in-Pendle, which is just a short walk down the road from Barley. Spectacular far reaching views can be seen from the summit of Pendle Hill which stands at 557 metres – on a clear day as far as the coastline. A Bronze Age burial site is also situated on the summit.

For a real walking challenge head up Ward’s Stone, the highest hill in Bowland at 561 metres. More gentle climbs in the AONB include Clougha Pike, which is 413 metres high, and the most popular and quickest route up starts in Quernmore, a nearby village.

Clitheroe Castle on the southern edge of Bowland dates from 1186 and all that remains of it today is the mighty Keep elevated above the market town on Castle Hill. Don’t miss a tour of the adjacent family friendly Clitheroe Castle Museum detailing not just the history of the castle, but also of the surrounding town with feature displays including one on the local Pendle Witch Trial.

Whalley Abbey is now a retreat and conference venue but it was once a magnificent Cistercian abbey. Little is left of the original church, but you can still take a guided tour around the ruins and discover its history spanning from 1296 to the dissolution of the monasteries in 1541. The remains of the 13th century floor tiles can be seen on the site, as well as other interesting artefacts. Pick up souvenirs of your visit at the Visitor Centre, which is open daily.

Sawley Abbey set in beautiful rural surrounds is also a ruined Cistercian Abbey just a 15 minute drive from Whalley Abbey. Like Whalley Abbey, only the foundations and some walls remain. Archaeological excavations on the site have revealed some intriguing finds, including medieval mosaics and stonework. 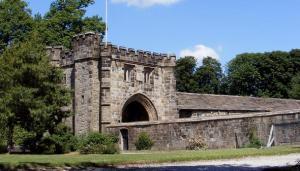 The Forest of Bowland flanks the M6 motorway, making it incredibly accessible by road. Railway stations are in major towns on the periphery like Lancaster, Colne and Clitheroe. A novel way to arrive is via the Settle-Carlisle Railway!

A great way of moving around the park is aboard the Bowland Rambler bus service with a route covering all the AONB’s major villages and towns in and around the area, including Clitheroe, Burnley, Slaidburn and Settle.

An extensive choice of stunning holiday cottage accommodation can be found across the Forest of Bowland, whether you are looking for a large barn conversion ideal for a rural family holiday close to fun family farm parks or a cosy cottage retreat in romantic spots like Bolton-by-Bowland ideal for exploring both Bowland and the Dales. Find your perfect holiday cottage in the Forest of Bowland and book online or direct with iknow.